With a new threat on the loose, Coulson takes half the team to capture a man known as Blackout, leaving Ward to try and get what he needs from Skye, in “The Only Light in the Darkness.” 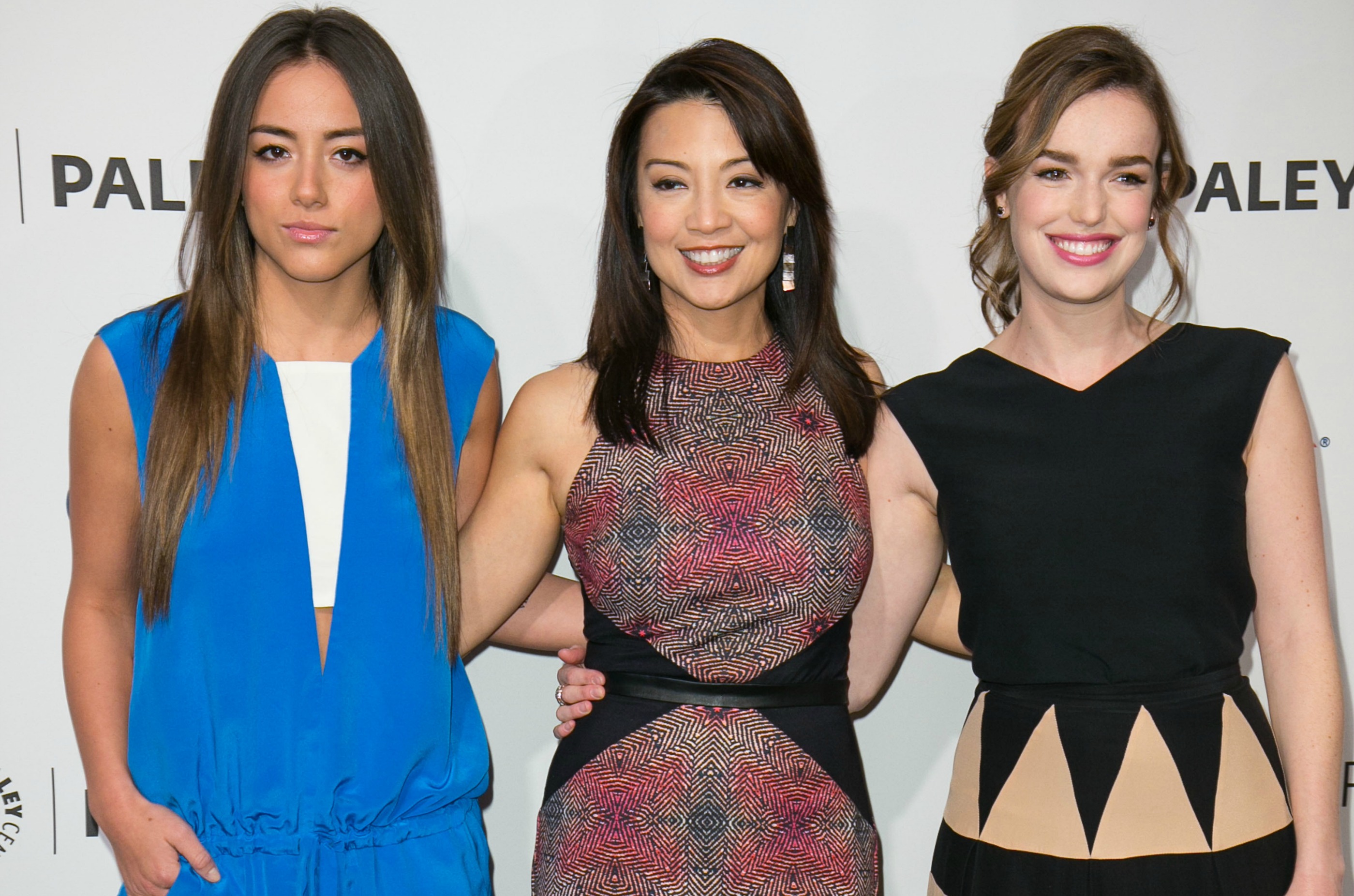 There was a lot of emotion being tossed around in this episode of Agents of S.H.I.E.L.D. Coulson led his team on the search for Blackout, but he forgot to mention the fact that he once had a fling with Blackout’s lady. Audrey (played by the amazing Amy Acker) gave Coulson the viewpoint he needed to realize that maybe he was being just a touch too hard on May. It was a good thing he came to that conclusion — it’s just too bad that it happened after May had abandoned the team and been picked up by her mother.

The other heart that got beat up in this episode belonged to Fitz. He’s been grumpy about Trip pretty much since the moment he met the guy, or more accurately from the moment he realized that Simmons was attracted to the soldier. Surprisingly enough, it was Ward who gave Fitz some good advice about letting Simmons know how he felt, but I can’t say that I was surprised that he didn’t say anything. At this point, I doubt Fitz really understands what he’s feeling about Simmons. Perhaps they are simply brotherly feelings and the jealousy is just from having some of Simmons’ attention taken away. Or maybe he’s head-over-heels in love and just has no clue how to say it. I know what most of us fans want him to think, but we’ll have to see if that actually happens.

Finally, the last bit of emotional trauma came at the hands of Ward. He did as he was asked by his Hydra boss and not only went back to the team, but was even able to use his feelings for Skye (and a little help from a needle in his finger) to beat a lie detector test. I know that Ward is proving to be one heck of an actor, but as I said in my review of the last episode, I’m still holding out hope that he truly does have feelings for Skye. There was just too much emotion there for it not to be based on something. He might be lying about the facts, but I think deep down his heart is real.

Of course none of that mattered when Skye discovered Koenig’s body and immediately figured out what Ward had done. Her momentary freak-out was completely normal and expected, but I had to give her major credit for being able to snap out of it so quickly. She managed to beat Ward at his own game and now she’s playing him as much as he’s playing her. She’s still basically his prisoner, but the longer she can keep up her charade, the longer she’ll stay alive. Because though I think Ward does care for her, I don’t know if he’d be able to stand up to Garrett if he chose to kill her for not helping them out.

Just two more episodes left this season and it feels like the adventures are just beginning.

Coulson pointing out that protocols went out the window when the whole system collapsed.

Coulson: “There’s going to be violence. People will die. And I still consider it my duty to be the shield that protects them.”

The looks on everyone’s faces when they saw the fancy lie detector.

Finding out that Skye’s name at the orphanage was Mary Sue Poots. That was awesome.

Fitz saying that Simmons would be in the box that came to his island. Aw.

Koenig pulling his weapon before asking Ward if he was associated with Hydra.

Everyone’s reaction to finding out that Audrey and Coulson were once an item.

Skye beating Ward at his own game. Good girl.

Coulson realizing that he shouldn’t expect Audrey to forgive him if he couldn’t do the same for May.

What did you think of this episode of Agents of S.H.I.E.L.D.? How long can Skye keep up her ruse?