Miranda Kerr first dazzled audiences with that innocent grin during a Victoria’s Secret commercial. Now, she continues to stun on the runway and charms in international advertisements regularly. But her recent and glamorous musical debut has us feeling nostalgic. 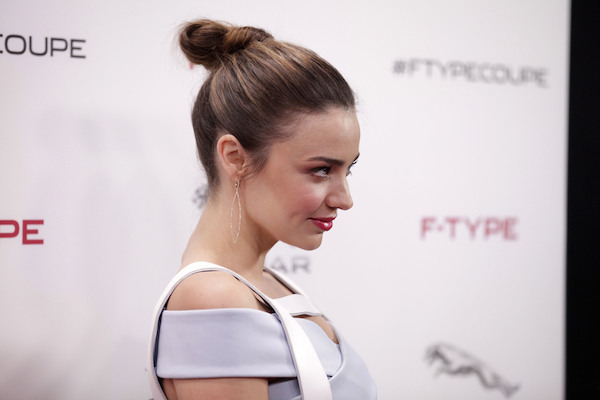 Miranda Kerr sent the media into a frenzy when she debuted promo clips for her duet with Bobby Fox.

Why? Well, first of all, how many of you knew she could sing? Sure, we know she’s an “angel,” but could anyone really be that talented? Yes, ladies and gentlemen, Miranda Kerr is. The cover art for the highly-anticipated single has us remembering Marilyn Monroe. Kerr sure does have the same (if not more) sex appeal.

Her voice is like a cloud, floating along in a summer breeze. She’s a smooth match for the old Hollywood charm of Fox. Their version of the 1964 Elvis Presley single, “You’re The Boss,” will have you questioning if they really are a couple because of their musical chemistry.

She calls him “daddy” and in that moment, you’re convinced that she’s sweet, but there’s a remarkable sensuality in her voice that mimics that of the vixens of Presley’s time. Her voice fits as snugly in the track as she does into the dress she wears.

You will have to wait until May 4 to experience the true splendor of this song. I don’t know about you, but I don’t feel like the brief commercials do justice to her magnetic presence.

It was that presence that possibly got her musical capabilities the attention they deserved. It was after recording a couple of lines for a foreign commercial that she was approached to collaborate. She reportedly told the Daily Telegraph that her recording the song was dependent on whether the song met her standards, and if it didn’t, she should be able to toss it out. Well, if all goes well and it makes its release date, then it looks like it will be of the utmost quality, right?

This was supposedly recorded back in October last year… wonder what took it so long to release? Maybe it took all this time to perfect. Sounds like it may have been worth the wait.