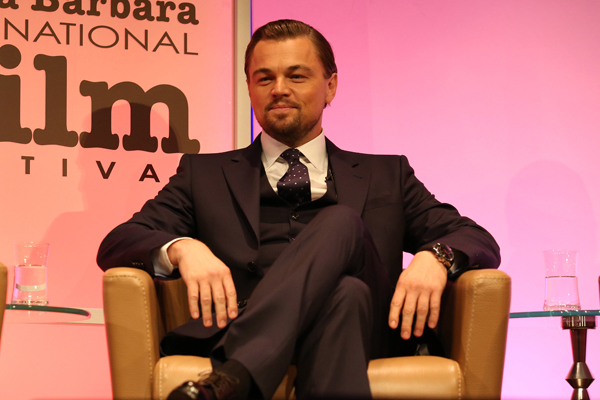 Sony Pictures is reportedly aiming to put Academy Award-winning director Danny Boyle (Slumdog Millionaire) behind the wheel of its as-yet-untitled Steve Jobs biopic, with Leonardo DiCaprio in the starring role. The two previously worked together on the 2000 film The Beach.

David Fincher had previously been slated to direct, with Christian Bale rumored to star, but reportedly left the project due to his unmet demands for greater compensation and control. With Fincher walking, it seems unlikely Bale will sign on, clearing the way for Boyle and DiCaprio to team up.

Audiences wondering how Sony’s film will stack up to the 2013 Ashton Kutcher vehicle, Jobs, need look no further than screenwriter Aaron Sorkin. Known for his quick dialogue and almost-too-smart-for-their-own-good characters, Sorkin is anything but boring, and has created an unusual story structure to serve Walter Isaacson’s biography Steve Jobs, which Sony acquired the rights to in 2011.

Speaking at the 2012 Hero Summit, held by The Daily Beast, Sorkin explained, “This entire movie is going to be three scenes and three scenes only that all take place in real time. A half hour for you in the audience is the same as a half hour to a character on the screen.”

Those three, 30-minute sections of Jobs’ life will each take place backstage in the moments immediately preceding some of his most iconic product presentations.

Aaron Sorkin says The Newsroom will return in June >>

Jobs, on the other hand, focused heavily on the Apple creator’s life and ascent to the top of the tech empire. Considering the script and studio differences, if DiCaprio decides to sign on to the project, fans will no doubt find the only thing his Jobs has in common with Kutcher’s is a plethora of the Apple founder’s signature turtlenecks.