The Obamas have penned a tribute letter to the late Frankie Knuckles, which was read at his recent memorial service in Chicago. 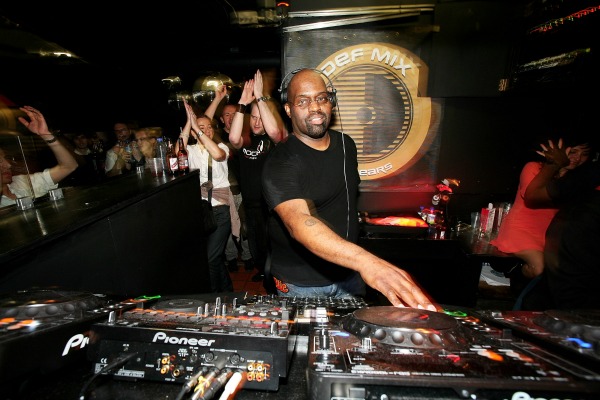 Frankie Knuckles died in late March, but news of the beloved house DJ’s death is still making waves. On Tuesday morning, April 22, DJ David Morales took to Facebook to share the letter that President Barack Obama and First Lady Michelle Obama penned in honor of the “Godfather of House Music.”

In the letter, which was read out loud at a recent memorial service for the DJ, the Obamas sent their condolences to the friends and family of the late entertainer and emphasized the impact the house DJ’s line of work had on the music community.

“Frankie’s work helped open minds and bring people together, blending genres to capture our attention and ignite our imaginations,” the letter reads. “He was a trailblazer in his field, and his legacy lives on in the city of Chicago and on dance floors across the globe.”

President Obama and First Lady Michelle Obama wrap up the letter by stating that the Chicago DJ will be missed and that his spirit will remain “a guiding force” for his loved ones. At the time of press, the letter had received over 5,100 likes and 2,200 shares on Facebook.

Knuckles’ passing on March 31 was due to type 2 diabetes complications and was confirmed by his business partner Frederick Dunson to the Chicago Tribune. Throughout the course of his career, Knuckles created a number of dance classics, including “Your Love” and “The Whistle Song” and remixes for Chaka Khan.

President Obama and First Lady Michelle Obama’s letter is just the latest tribute that Knuckles’ death has prompted. Most recently, Sir Elton John established a charity called the Frankie Knuckles Fund, which will honor the late DJ by supporting the research and treatment of HIV within the black community.