As Emma Swan on ABC’s Once Upon a Time, slaying villains is all in a day’s work for Jennifer Morrison. But life as an actress, as it turns out, can be just as treacherous as Storybrooke. Morrison fills us in on the things that make her heart race.

So far in this season of Once Upon a Time, we’ve seen Emma Swan square off against Peter Pan, lose a great love and be faced with an impending showdown with a really wicked witch. Suffice to say that life in Storybrooke and its parallel universes isn’t always filled with anecdotes of happily ever after. But, then again, life as an in-demand actress apparently has its perils, too.

One Upon a Time: Is Emma finally Hook-ing up? >>

SheKnows sat down with Once Upon a Time‘s Jennifer Morrison — the actress who so expertly portrays Emma Swan — at the Sofitel Hotel in Beverly Hills to get the scoop on life outside of the fairy-tale realm.

Of course, sometimes the toughest moments of being a successful actress occur off-set. They manifest in things done for the sake of a role, things that have proven to be truly challenging for our May Girl Crush — the most challenging of which, she asserts, occurred recently in preparation for her upcoming role alongside Jennifer Jason Leigh in the latest Amityville Horror follow-up, Locked In.

“I actually had to have a life cast done of my head,” she divulged, “Which was kind of maybe the scariest thing I’ve ever done, actually.”

Wait, what? Even now, sitting across from us in the comfort of the beautiful Sofitel Hotel, it’s apparent Morrison is still creeped out from the experience. Naturally, we had to know more.

“They had to cover my entire head down to my shoulders with this silicone stuff,” she elaborated. “There were layers of it, and it took three or four people at a time to do it because they had to do it so quickly because it starts to, like, coagulate. So I’m under 5 inches of this silicone, and your eyes are closed and your mouth is closed and it’s covered, and all that’s open are just your nostrils.”

For 20 minutes, Morrison told us, she had to sit still and silent — and muster up some acting, too.

“I had to look concerned, so I was trying to look concerned inside all of that and keep my mouth closed and try to breathe and not panic, and they were like, ‘Oh, just so you know, we have to put this fabric around the outside as it solidifies, and it’ll make you really hot,'” she laughed.

“So I started to get so hot that then your heart’s pounding,” she continued. “Then your heart rate is up, you’re sweating under there… I’m really glad I didn’t know what was going to happen before it happened, because I think it would have been one of those things where I’m like, ‘I don’t know if I can do this.'”

But Morrison just kept breathing and worked her way through it, at which point she looked up and asked, “Do people freak out sometimes?” To which the response was, “People freak out all the time.” Happily, Morrison didn’t punch anyone or run flailing into a wall, as others before her have done. She admits, though, it was one of the hardest — and strangest — things she’s ever done.

“Twenty minutes feels really long under those circumstances, for sure,” she said. “And then there’s going to be some weird replica of my face out there.”

So, we pondered, is there anything so daunting she wouldn’t do it for a role?

“Well, there was a time on House when there was an actor who had to be covered in maggots,” she shuddered, “And I think I have a line far before maggots, but maggots are a definite line.”

Even when the cameras aren’t rolling, Morrison has to wade some pretty tricky waters. Often, she says, she worries that people may misconstrue her words or get the wrong impression from her in an off moment. And, of course, there’s also the added pressure of dating in the limelight.

“I think dating in general is probably complicated for everyone and anyone,” she said, before admitting, “I guess one of the challenges for actors and people in this business is that we have to move around a lot and we have to be away a lot, so in terms of time spent, that is definitely a challenge.”

However, pitfalls of fame and all, Morrison is genuinely appreciative of her career and fans. And if she ever does need a quick pick-me-up, she hunkers down with a chai latte from Starbucks and some reruns of How I Met Your Mother, and all is right with the world again.

But on TV, the fairy tale still continues

Besides, when the real world is giving Morrison a hard time, she can always take cover in the fantasy one afforded her by Once Upon a Time. After a turbulent stint in Neverland and a subsequent stretch in NYC without her fairy-tale memories, Morrison’s Swan is back in Storybrooke, thanks to one very important (and very handsome) character.

“Hook comes back to find her,” Morrison explained of the plot which involved Emma, Henry and Hook traveling back to discover the wicked witch has placed a curse on their sleepy little town.

So what about the chemistry between Hook and Swan? Could they be sailing the high seas together anytime soon?

“Obviously, everyone has their ‘ships’ they’re invested in — I didn’t even know what a ‘ship’ was when I started the show,” laughed Morrison. “But it’s very interesting because Neal, Henry’s father, died this season on the show and one of the last things he says to Emma is, ‘I really want you to find your Tallahassee. I really want you to find your happiness with someone else.’ And I think her having that blessing from him means a lot to her.”

She spills a bit more when we press the question of a love connection. “They definitely have a connection,” she admitted. “I would say, like, without giving anything away, despite it being complicated, I like where things are headed, and I feel like it’s authentic and genuine in terms of what I think Emma would do at this point in her life.”

Plus, it’s Hook, she reveals, who becomes instrumental in helping her against the wicked witch by “encouraging her to be the best version of herself and be true to herself and really follow through.”

While it sounds like the makings of a great romance to us, we’ll have to wait and see. Because if one thing is certain, it’s that Storybrooke is always full of surprises. “There’s definitely a turn at the end where you will have a hint as to what’s coming [next season], but I think it’s a very unexpected turn. I didn’t expect it,” Morrison said.

“Without giving away too much,” she said, “The last two episodes — Episodes 21 and 22 — are a great adventure for Emma. They’re really just a great adventure. Definitely my two favorite episodes for Emma, so I’m excited for people to see that journey.” 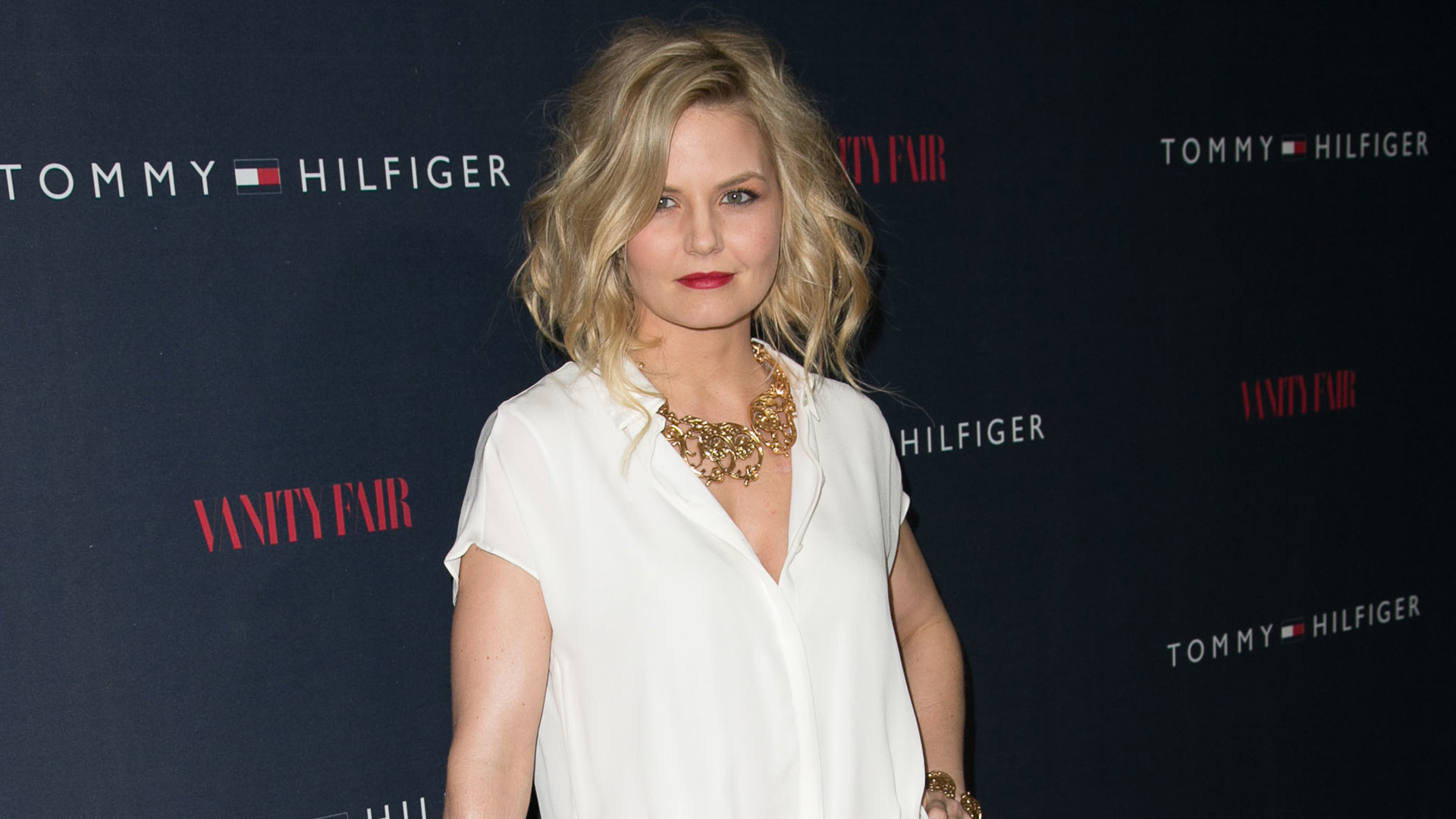 5 Things you don’t know about Jennifer

1. She’s a total crybaby when it comes to sappy Disney movies

“They just tug at your heartstrings,” she said. “They, like, kill the parents — like Bambi, oh my God — and then you have to watch everybody go through these crazy things, and then there’s some big happy thing that happens at the end. I’m such a sucker.”

2. When it comes to men, she’s in the market for a loyal one

“I would say loyalty,” she responded on the one trait every man needs. “Loyalty to their friends, obviously to their loved ones, to their family, to their jobs. You know, I think that’s an attractive trait.”

3. She’s all about some turkey dinner (and tradition)

“The turkey and the stuffing and the mashed potatoes… there’s just something so fun, because no matter where we are or who’s hosting it, everyone gets involved in that,” she explained. “You know? Everyone’s a part of the cooking, so it becomes such a great family experience of everyone putting that meal together and just being able to sit down and enjoy good food.”

4. The girl’s got strong arms and, apparently, good DNA too

“I feel like I got some good genes,” she replied in regard to her favorite physical trait. “My parents are both very fit people who’ve always taken care of themselves, and so I feel very lucky that I come from that upbringing. So working out and things like that are kind of a lifestyle for me. It doesn’t take much for me to have strong arms.”

“My favorite [hair color] is red, actually,” Morrison said. “I think when I’m done with Once, I will probably be red for a while. There’s just something very playful about being a redhead, and I enjoy it. Like, I always look forward to that.”