It’s the new normal for actor Justin Bartha as he and his wife welcomed a baby girl into the world last week. 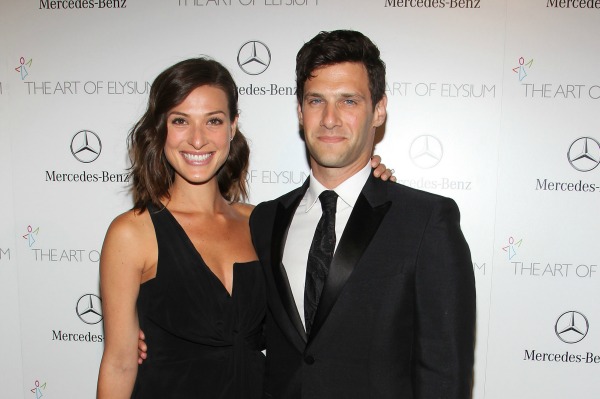 Justin Bartha is a daddy. The Hangover star and his wife, Lia Smith, welcomed their first child into the world on Sunday, April 13.

The news was announced by Us Weekly on Monday that Bartha and Smith had a baby girl. People reported that the couple named their newborn Asa Charlotte.

The 35-year-old actor and his fitness-trainer wife were first linked together in January 2013 when they were spotted spending the new year in Maui. They got engaged in May 2013 and their wedding took place only a few months ago in early January in Oahu, Hawaii.

Hollywood friends including Jesse Eisenberg, Reese Witherspoon and Ken Jeong were in attendance. The reception immediately following the ceremony occurred at the nearby Kualoa Ranch where guests enjoyed a laid-back Hawaiian celebration.

A source from Us Weekly revealed, “She had a big smile on her face and nuzzled her face up to his neck. Their family and friends seemed so happy for them and had an incredible time hanging out in Hawaii leading up to the wedding. It was a destination wedding for all.”

It’s a boy for Melissa Rycroft and Tye Strickland >>

Rumors in the press began almost immediately after they announced they had gotten married that Smith might be pregnant.

“While they didn’t announce their pregnancy during their nuptials,” the insider continued, “[she] had her hand on her stomach most of the time. She looked like she had a little bump.”

The newlyweds eventually confirmed the pregnancy a few days later.

The source shared their thoughts on the new parents. “They are an amazing couple. [They’re] so gorgeous together.”