Peaches Geldof was laid to rest in a custom coffin on Monday as friends, family and celebrities mourned her untimely death. 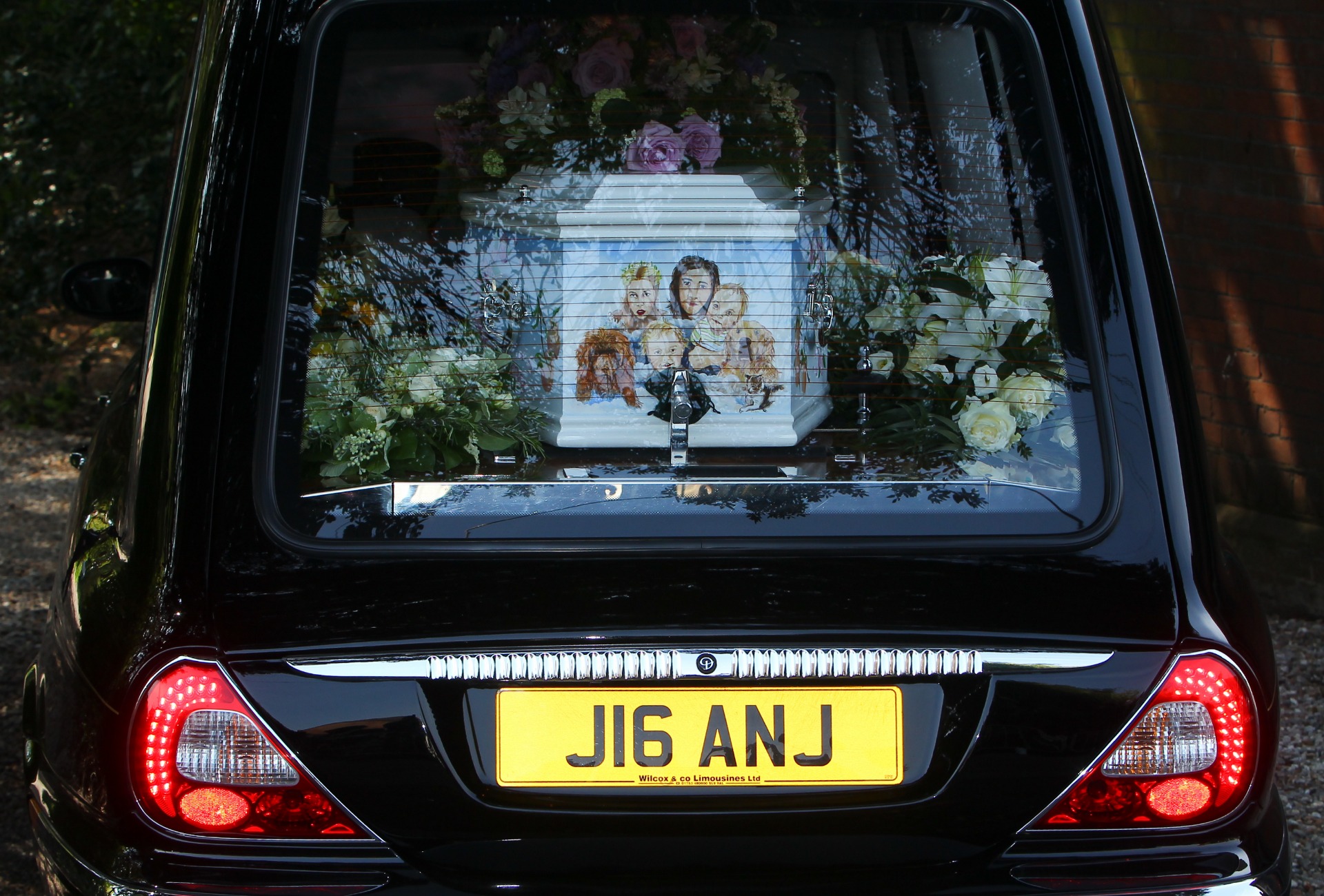 The life of Peaches Geldof was honored as she was buried inside a custom-made coffin in southern England on Monday, April 21, mourned by her family and friends.

The young mom’s funeral was held at the same church where her own mother, Paula Yates, was buried 14 years ago, and where Geldof married her second husband, Tom Cohen. Geldof’s body was carried in a custom coffin with hand-painted flowers and images of her family, the U.K.’s Telegraph reported.

A slew of family, friends and celebrities gathered to say their goodbyes, including her famous Irish singer dad Bob Geldof, Bill Wyman of the Rolling Stones, Kate Moss and the Duchess of York, Sarah Ferguson.

No official cause of death has been released yet, as her autopsy came back inconclusive. Kent police said toxicology tests are being conducted to try to determine what ultimately killed Geldof. The 25-year-old model and TV personality had revealed in 2009 that she was clean and sober. While she experimented with drugs and partied during her youth, Geldof insisted she was “never that wild.” The famous socialite added she could’ve taken the wrong path, “but all the time I remembered what happened to my mom,” who died of an overdose in 2000.

The late fashion writer and broadcaster was found dead in her home in what authorities called an “unexplained and sudden death,” although her passing was “non-suspicious.” Her father and husband confirmed her untimely death to the Associated Press with sad and heartfelt statements.

“Peaches has died. We are beyond pain,” Bob Geldof said. “She was the wildest, funniest, cleverest, wittiest and most bonkers of all of us. Writing ‘was’ destroys me afresh. What a beautiful child. How is this possible that we will not see her again? How is that bearable?”

Meanwhile, Cohen wrote: “My beloved wife Peaches was adored by myself and her two sons Astala and Phaedra, and I shall bring them up with their mother in their hearts every day.”