Christina Aguilera may have a bun in the oven, but she’s also cooking up a new album. 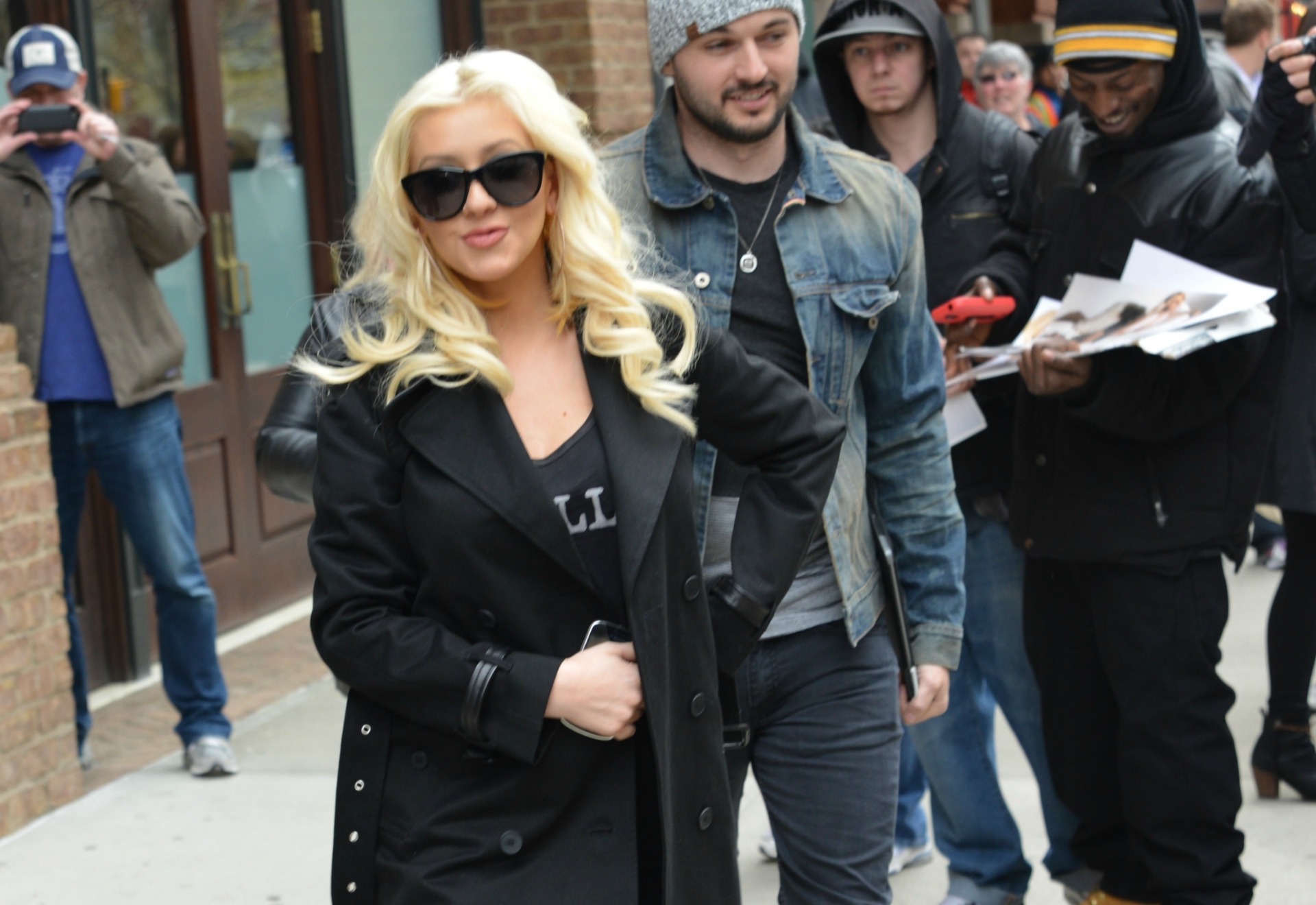 It’s been a bit since news surfaced that Christina Aguilera was pregnant with her second child, and the pop diva has stayed pretty mum on the topic… until now, that is. Over the weekend, The Voice judge tweeted her excitement over two new projects: Her second pregnancy and an upcoming album.

Shortly after posting a Twitpic of fiancé Matt Rutler holding her visibly growing belly during a visit to New York City, Aguilera took to Twitter once again to share her “blissful” thoughts on this new chapter in her life, which will also include a new album. Aguilera’s pregnancy marks the first child for her and Rutler. Their daughter will be the second child for the singer, who became a mom to Max Liron Bratman in 2008 with ex-husband Jordan Bratman.

Fans went wild over the mention of a new Xtina album, retweeting the message almost 3,900 times and sending the singer a series of excited replies.

Aguilera’s trip to the Big Apple appears to have good reason. Shortly afterwards, it was reported that the singer will take on the role of Eva in EVITA for an all-new Broadway-themed film experience called Broadway 4D. She is expected to perform the show classic “Don’t Cry For Me Argentina” as part of the film project.

And even though Aguilera may be well into her pregnancy, it isn’t keeping the pop star from stage life. In early May, she is set to headline the New Orleans Jazz and Heritage Festival, which will also include entertainers like Eric Clapton, Phish and Carlos Santana.

Aguilera’s pregnancy tweets come at an oddly striking time since TMZ recently reported that Gwen Stefani is set to take Xtina’s chair on The Voice for the upcoming seventh season. Aguilera is reportedly having a tough time as it is working on set of the hit NBC show and is ready to give the spinning chair a one-season break.