The royals celebrated Easter down under with a very special trip to the zoo. 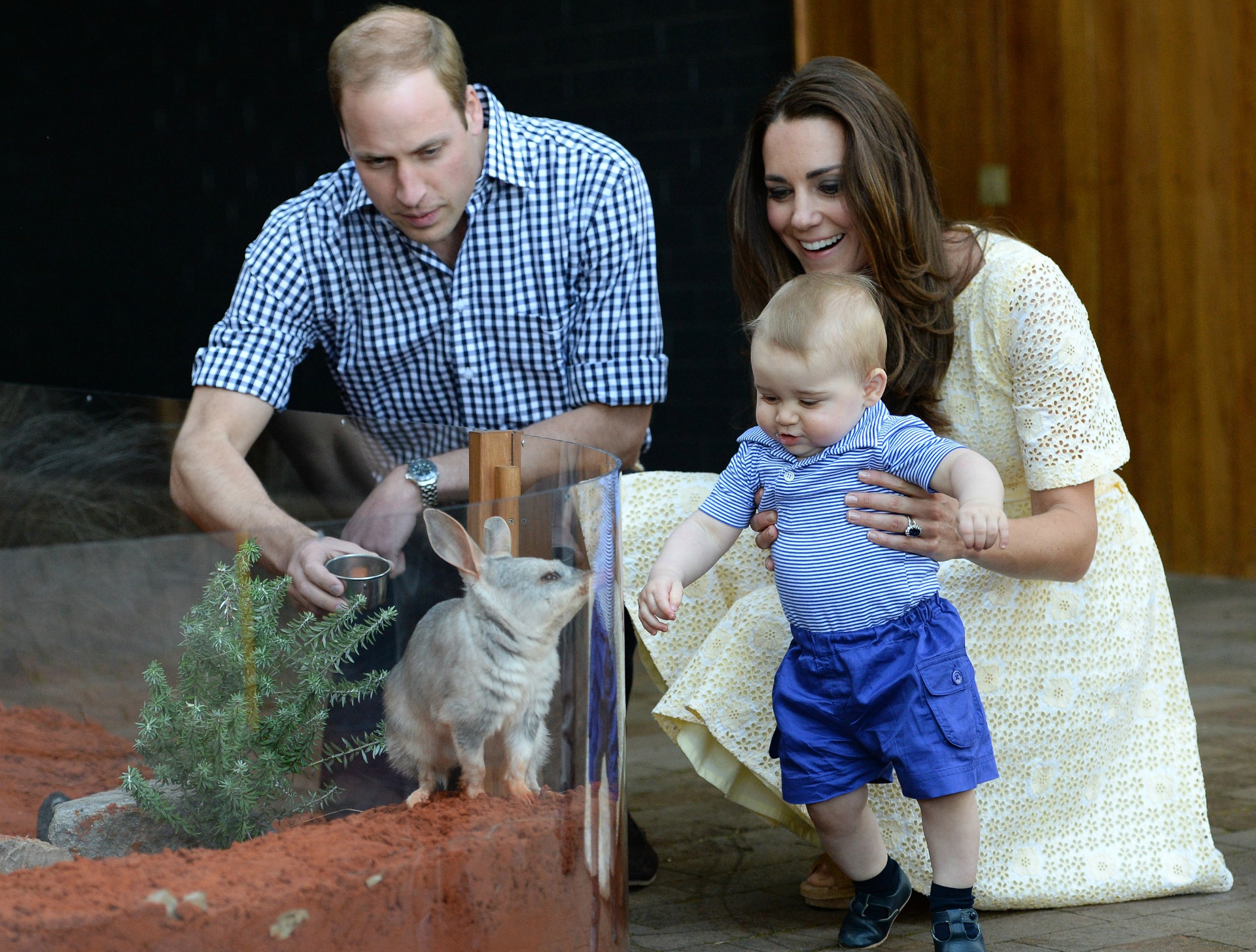 This was no ordinary Easter for the Duke and Duchess of Cambridge: not only were they celebrating the first spring holiday of Prince George’s life, but they spent it at a special ceremony honoring their tot.

After church services Sunday morning, the fam headed over to the Taronga Zoo in Sydney where a prized bilby exhibit was named after the youngest future British monarch-to-be by the Australian Government.

Prince George got up close and personal with his namesake, with his mom the former Kate Middleton propping him up next to the exhibit to get a better look at the small marsupial, which rather resembles a miniature kangaroo.

PHOTOS: Prince George gets a lift as Will and Kate head down under >>

“We were honored to be visited by The Duke and Duchess of Cambridge to acknowledge the official gift of the Australian Government celebrating the birth of their son, Prince George,” said zoo director Cameron Kerr.

“This gift has enabled Taronga Zoo to expand its role in the regional breeding and recovery program for bilbies, which are a vulnerable species, with the intention to breed and release these beautiful animals back into the wild in the future. It was wonderful and very encouraging to see that the royal couple share our appreciation for Australian wildlife and commitment to wildlife conversation.”

The visit marked the royal baby’s second official engagement of the tour, the first being his super-fun royal playdate.

Will and Kate received a special tour of the facility, enjoying personal meet and greets with several cute and cuddly animals.

For the occasion, Kate recycled a cream and yellow eyelet dress by a designer who did not wish to be named, previously seen during the couple’s 2012 Jubilee Tour of Solomon Islands. She may be a future queen consort but she is still a regular old practical mom: the Duchess was spotted wiping drool off the young Prince’s face and onto her skirt when found lacking a hankie.

Read more Will and Kate down under