Every day is marijuana day for some celebrities, but we were curious to see how they celebrated Mary Jane’s special day, 4/20, especially since it fell on Easter this year. So we creeped on social media and here is what we learned. 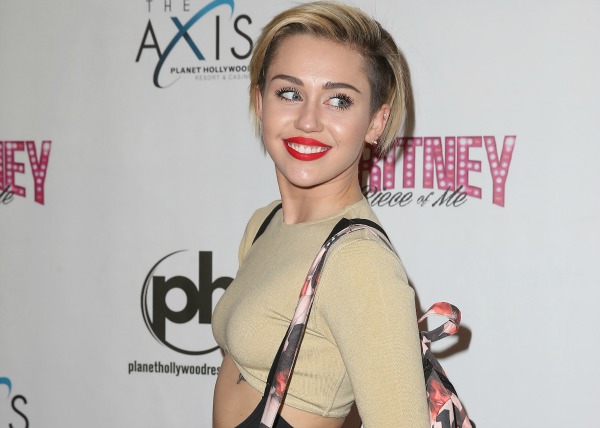 Miley Cyrus took some antibiotics for a sinus infection, had a severe allergic reaction and has been crying ever since (because her dog died, and she has had to step away from her tour until she gets better). Easter/marijuana day was no different. She said via Twitter that she was still in bed, not stoned (apparently, weed is not to blame for misspelling “past” as “passed”).

Every 12-year-old girl’s tweetheart, Justin Bieber, was fairly quiet on 4/20. He wished everyone a happy Easter and said he is in “a happy place.” (Have you noticed that no matter what is happening in this kid’s life, no matter how much scandal he generates, his Twitter feed is suspiciously upbeat? Either his manager tweets for him or he was enjoying 4/20 more than he let on.)

Rihanna lives her whole life as if it’s 4/20, and the celebrated reefer day was no exception. This video is, as the saying goes, worth 1,000 words.

Former (we hope) weed woman Lindsay Lohan did not make a single reference to 4/20 on Twitter and instead stuck to Easter greetings and some healthy self-promotion. How very ordinary.

Justin Timberlake has been blunt about his need for weed. He kept his Easter greetings family friendly, but he did tellingly retweet Jimmy Kimmel’s tweet that joked, “4/20 seems like a bad day to hide Easter eggs.”

We saved the best for last. What did the king of kush, the beast of baked, the warlock of wasted — Snoop Drizzle — do on 4/20? He partied like a lion on Twitter with pictures of him and his kids with the Easter bunny and this hilarious, festive little gem.

Snoop also sent Cyrus a little Easter, “she is risen” (as in high), love.

Snoop Dogg wished everyone a happy 4/20 and recommended that fans “blow out da candle.” Check out this video from Snoop Dogg’s high Easter where he shares some backyard wildlife with us. Trippin’. (Don’t mind the NSFE — not suitable for Easter — language.)