Another one of Don’s secrets caught up with him this week, but it actually proved to be a good thing. Don’s Valentine’s Day got better, but will Peggy’s? 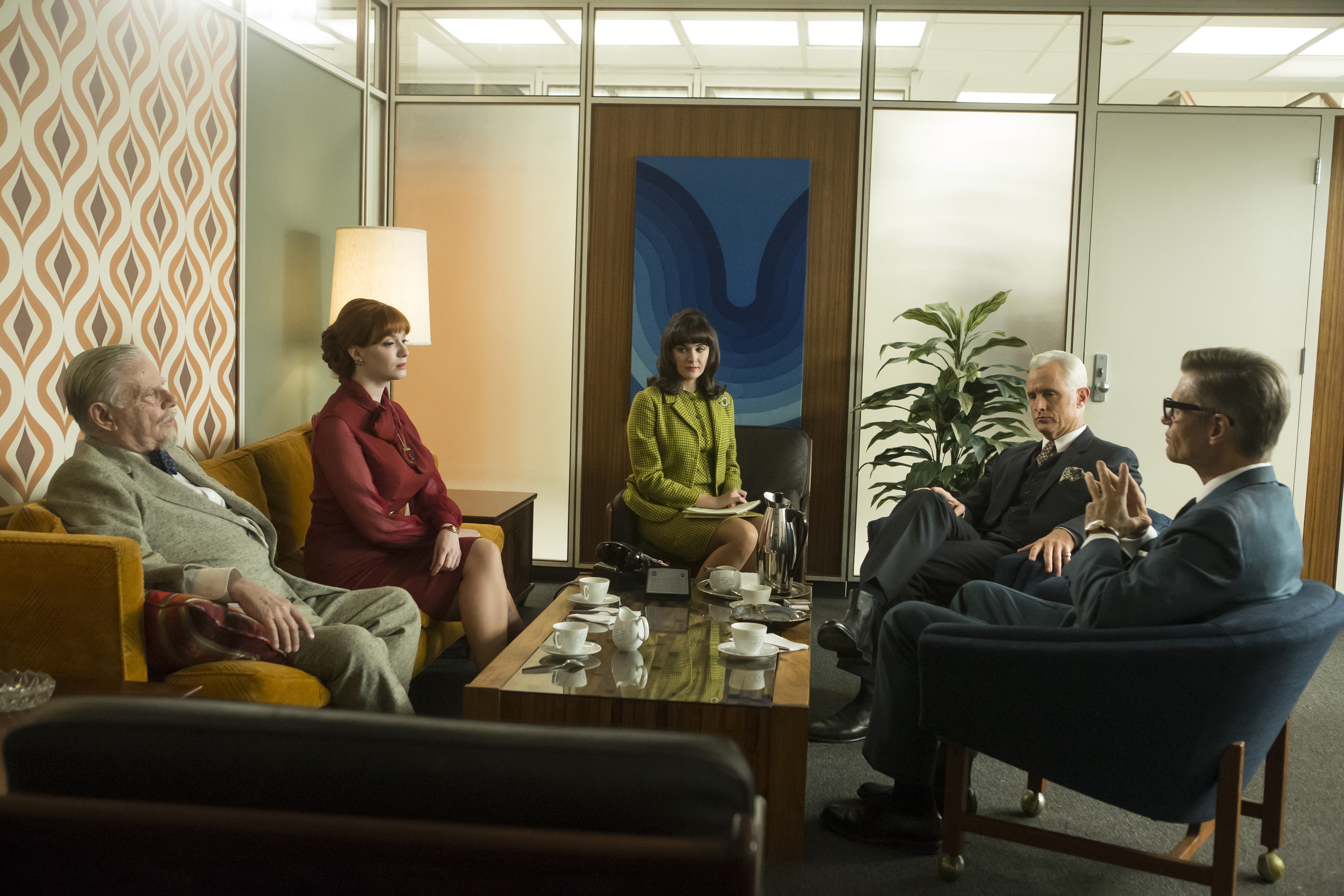 Ugh. What even happened this week on Mad Men? The SC&P secretaries shuffled desks, Peggy was left out in the cold and Don’s Valentine turned out to be his daughter. Is everything fixed? No. But, things are looking up. For now.

Lou made a bad name for himself after he was such a punk to Peggy in the Season 7 premiere, but this week he really sealed the deal on our hatred. Poor Dawn was basically working two jobs. First, she served as Lou’s poorly treated secretary. However, she also worked as Don’s secretary/spy, running interference for him during his time “off” from SC&P. Everything hit the fan, though, when Lou sent her to pick up a Valentine’s Day gift for his wife. Her shopping trip meant she wasn’t there to catch Sally when she showed up at the office in need of help from her dad. Lou ended up “dealing” with Sally and then actually suggested she should be fired but “understood” that they couldn’t because of her skin color. (Never mind the fact that she hadn’t actually don’t anything wrong.) He wanted her taken off his desk, though.

Joan is also working two jobs: One as partner and ad (wo)man and the other as the office manager. That made Dawn’s situation especially frustrating for Joan and even more so when, after moving Dawn to the front desk, Bert Cooper said Dawn needed to be moved from the front of the office. Ugh. The sexism and racism in this episode was beyond frustrating.

By the end of the episode, they found an almost too easy fix. Joan moved upstairs to a new/better office more suited to her new positions. That left Dawn to take over Joan’s role as office manager. That’s exciting for both ladies, but the quick wrap-up felt a little rushed, no?

7 Ladies Don must sleep with before the series ends >>

It turns out Sally’s showing up at SC&P and uncovering Don’s occupational truth turned out to be a great thing for the father and daughter. As Don drove Sally back to school after a funeral/shopping trip in the city, the two came to blows about last season’s big moment when Sally found Don in bed with neighbor Sylvia. She let her father in on how uncomfortable it was and Don seemed genuinely sorry. Whether it was actually real regret in his eyes is uncertain. While Sally was once again let in on one of Don’s many secrets, this one made Sally feel more like a confidante to her father than a kid who happened upon the ugly truth. We aren’t in any way suggesting that things are now magically “fixed” between Sally and Don. We’re hopeful, though. For some reason, we think that having Sally on his side could help ease Don through any impending hard times.

Speaking of hard times: Peggy had a pretty rough Valentine’s Day. First, Rizzo and Ginsberg gave her a proper razzing about being all work and no play on V-Day. Then, Peggy discovered a massive bouquet of flowers on her secretary’s desk, assumed they were from Ted for her and tried to convey a very cryptic admonishing message to him via his secretary. It took the entire day for Peggy’s secretary to finally come clean that the flowers were hers from her fiancé. Insert meltdown… and another secretary shuffle.

Of course, the biggest downside of this wasn’t watching Peggy flail around in reaction to flowers she didn’t (but did) want from Ted. The worst part was, indeed, how little interaction Peggy and Rizzo had. The only interaction they had was at the very beginning of the episode when he seemed to be suggesting he had Valentine’s Day plans. Dangit, Stan! Peggy is supposed to be your Valentine. Ugh.

Perhaps the best moment of the night came from Pete, though. Last year many critics spent the entire season comparing Don’s journey through the layers of afterlife in Dante’s The Divine Comedy. In one fell swoop, the writers jabbed at them by have Pete, flabbergasted by the way things are going at SC&P, admit he’s not sure if he’s in heaven, hell or some kind of Purgatory. Poor Campbell.

Is Pete in heaven or hell? And where will Don be by the end of Man Men‘s final season? Only time will tell.