Regina seeks help from an unusual source to defeat Zelena. Meanwhile, Zelena and Rumple get naughty. Check out sneak peek photos and video from the April 20 episode, “Bleeding Through.” 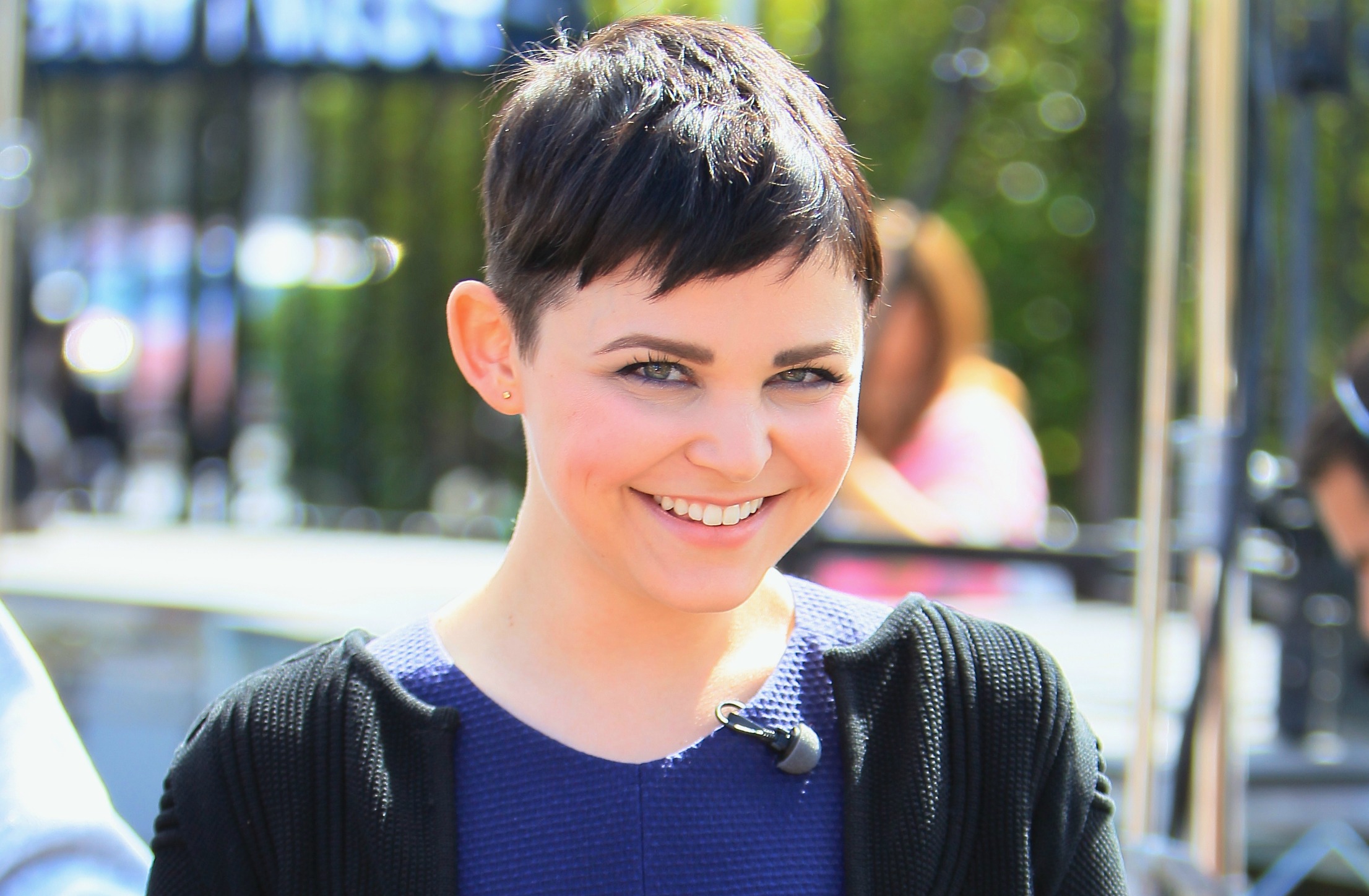 When last we saw the gang from Once Upon a Time, Hook was having terrible time of it thanks to Zelena’s dastardly plan. Up until this point in the season, just exactly what Hook had been up to during the missing year was mostly a mystery. But thanks to the Wicked Witch (aka Zelena), it was discovered that everyone’s favorite pirate went on an adventure to get back his dearly beloved ship, the Jolly Roger.

Once Upon a Time sneak peek: What did Hook do for a year? >>

Ariel visited Hook as he was celebrating with his mates after a successful caper. It turned out that Prince Eric had been taken captive by the Dread Pirate Roberts and… oops, wrong pirate. Actually, Eric was being held by Blackbeard on Hook’s old ship. So Hook and Ariel went to get him back, but Hook let his desire to be a pirate get the better of him, and he killed Blackbeard before they could find out where Eric was.

Wracked by guilt back in Storybrooke, Hook finally admitted the truth to Ariel, only to discover that she was in fact the Wicked Witch in disguise. As if that weren’t bad enough, she got him to admit that his true love was Emma and then put a curse on his lips (those beautiful lips) that would take away Emma’s powers, should he ever kiss her. Talk about wicked.

Once Upon a Time adds another Wicked villain >>

In the April 20 episode, titled “Bleeding Through,” Regina will enlist the help of someone very special to try and defeat Zelena. Check out the official synopsis from ABC:

After Zelena steals Regina’s heart, Regina casts a spell so that she can speak across the realms to her dead mother, Cora, to discover the truth about why she abandoned Zelena, and Belle stumbles across what Zelena’s ultimate end game is. Meanwhile, in the Fairy Tale Land that was, young Cora is duped by a man claiming to be a prince and finds herself alone and pregnant. But a chance meeting with a real prince could lead Cora to the royal life she’s always craved, but she must keep her pregnancy a secret or risk losing everything.

From the synopsis, we know that a lot will be learned about Cora’s story. From the preview video, it seems that the truth about Cora might come from a very unique source.

One thing that’s not mentioned in the synopsis or the video is what exactly is happening in some of the photos from the episode. In the first photo, we see Zelena and Rumple sitting down to have a nice meal together. 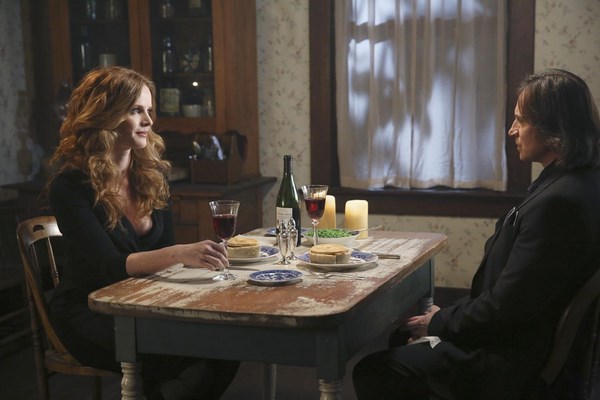 In the next photo, the nice dinner has ended and Zelena is again threatening Rumple with the blade. Can’t she make up her mind? 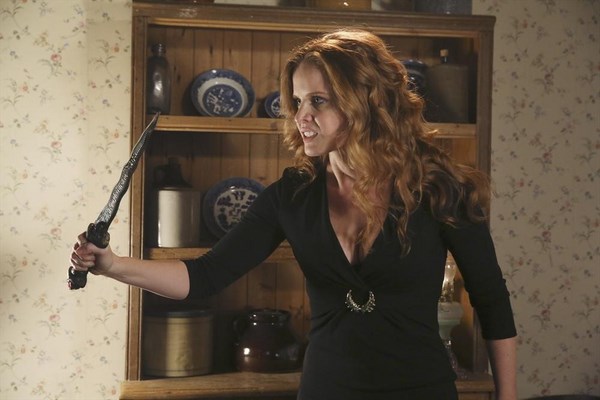 In the next photo, things have turned sweet again as Rumple seems to be placing a caring hand on Zelena’s face. 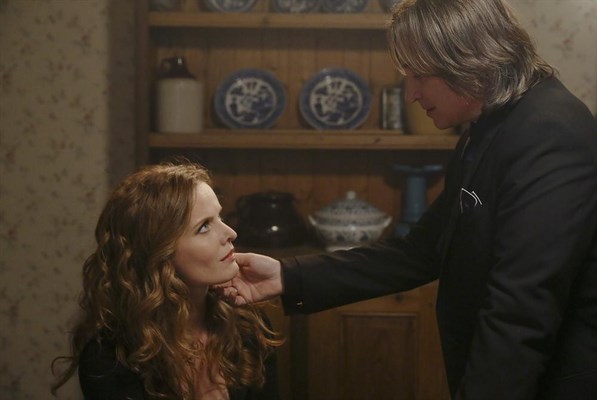 In the next photo, everything has gone bonkers. Why on earth is Rumple kissing Zelena? Does she have that much control over him, or is he somehow beginning to have feelings for her? 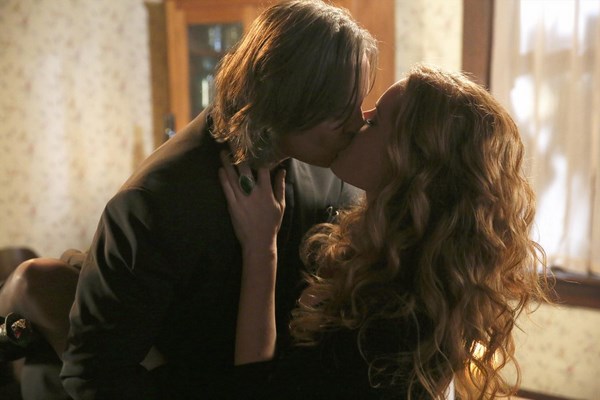 In the next photo, we see young Cora with baby Zelena. 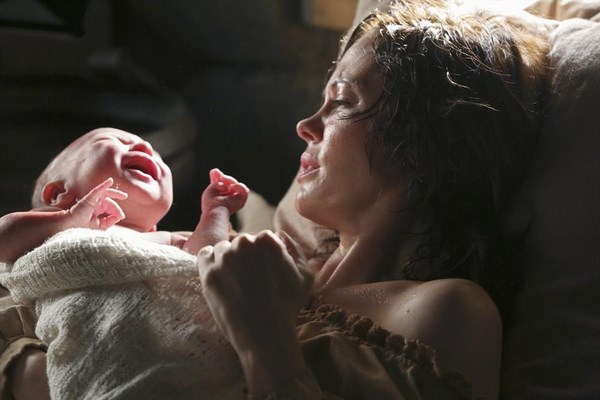 In the next photo, we see Belle visiting Hook and Emma. How is Hook holding up with his secret? 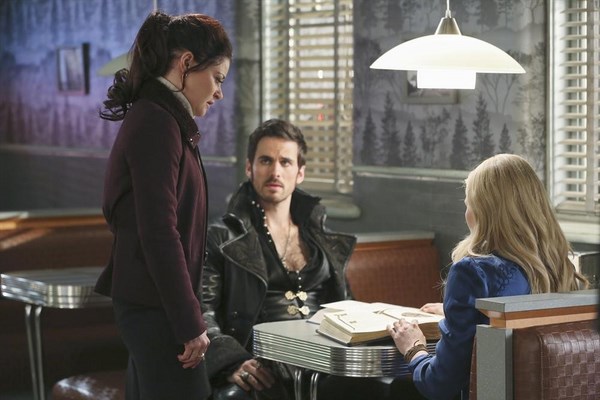 In the last photo, it looks like Hook is definitely stressing out over something. 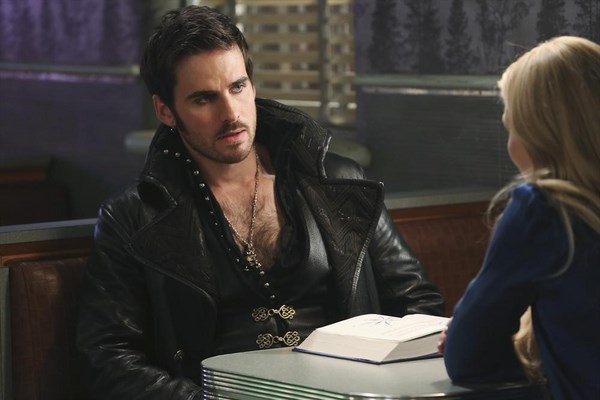