Alex O’Loughlin is a married man! Word hasn’t exactly come out of left field about his wedding, but straight from Hawaii — as should have been expected. 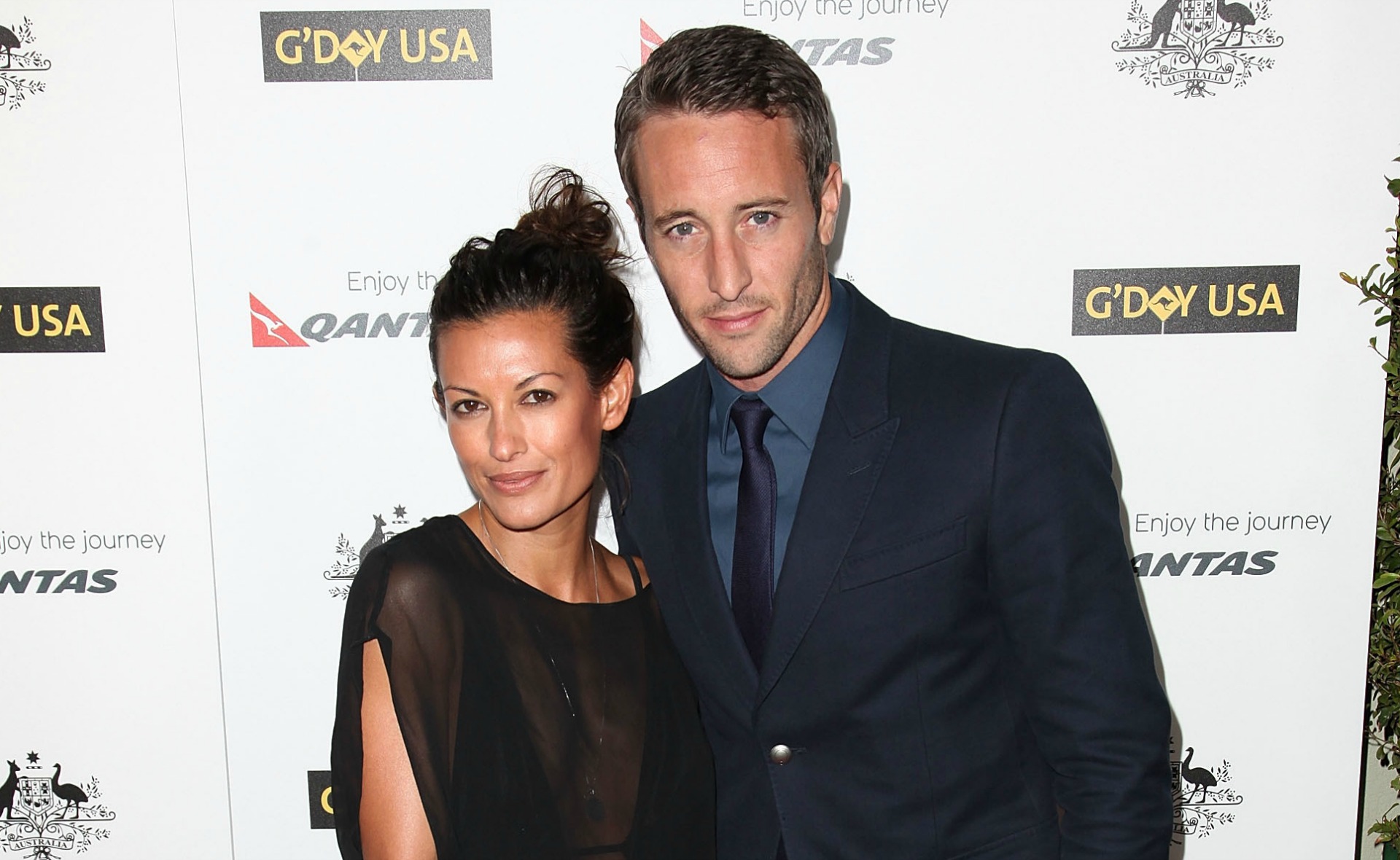 Alex O’Loughlin has been officially taken off the singles market by the beautiful Malia Jones. Word broke Friday afternoon the Hawaii Five-0 actor has married, though few details about the secret nuptials have yet been made public.

Check out the hottie of the day: Alex O’Loughlin >>

Reps for O’Loughlin confirmed the happy news to multiple sources, adding that he and Jones exchanged vows in Hawaii. Of course, the tropical island is not only where the Australian-born star takes on the role of LCDR Steve McGarrett but also where their family resides.

While the hunky star is busily raising three children, his new wife has only given birth to one child that is biologically both of theirs. Details are sparse, but it seems O’Loughlin first became a father to son Saxon with a girlfriend, with whom he later split. Spike, the middle boy he and Jones are parenting, is her child from a previous relationship.

Jones, seen above with the actor in early 2012, gave birth to her and O’Loughlin’s son Lion in October of that same year.

While nearly everyone is thrilled to hear of O’Loughlin’s wedding and throngs wish to congratulate him, there is a certain subset of fans who are a wee bit heartbroken today.

As one keen observer explained it to her Twitter followers Friday afternoon, “Alex O’Loughlin is married, oh oh, I think the #H50 ladies are crying that their man is officially off the market.”

Envy aside, congratulatory wishes and hopes for a happily ever after go out to the newlywed couple from us!

Are you surprised to hear Alex O’Loughlin has married for the first time?