So, you just finished the premiere of Salem. What lies ahead? SheKnows has spoilers, predictions and rumors straight from the set. 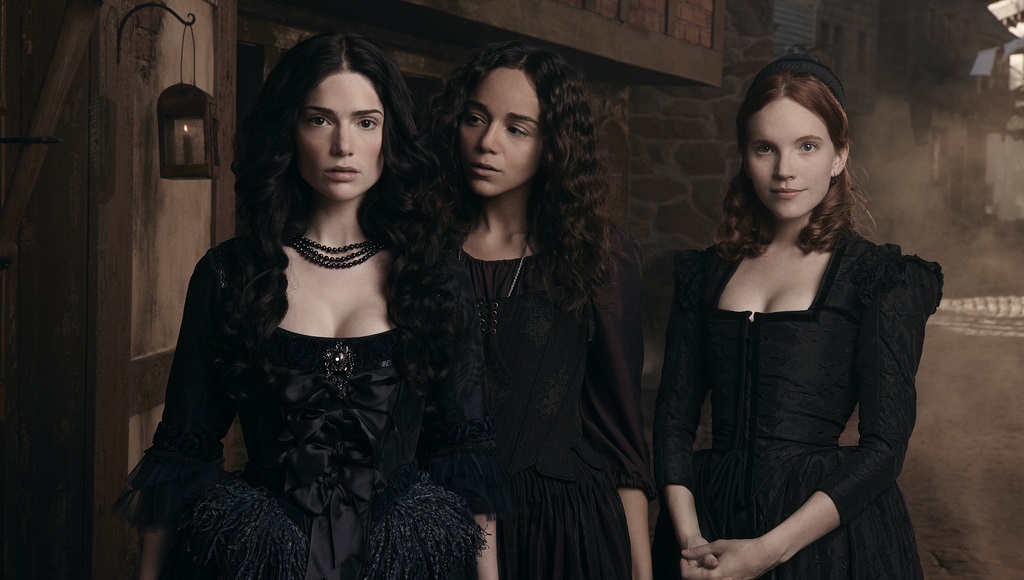 This Sunday, you no doubt fell entranced with the mysterious goings-on in the puritan town of Salem. If you’re hooked (like we are), you might be looking for some teasers on what’s ahead for WGN’s premiere season of Salem. You’re in luck, Heathens. We have some answers.

Remember when John Alden (Shane West) nastily told off the town after they crushed the wrong person accused of witchcraft? At first, it seemed like he was just pushing buttons, but what if he’s in on all the evil in town? When we spoke to Janet Montgomery (who plays Mary Sibley), she seemed to think it’d be pretty awesome if John were a witch.

“Wouldn’t it be great if, actually, John was a witch?” Montgomery teased, a mischievous look in her eyes.

“I’ve thought about that many times,” West added. “That’d be a hell of a trick he’d be pulling over on people.”

There’s a powerful magic in the Hale blood

In the last few moments of Salem‘s premiere, we discovered that Magistrate Hale is in on the witchery happenings within the town. So much for being a Puritan. Is Anne Hale just as likely to join in on the supernatural shenanigans? Xander Berkeley (Magistrate Hale) and Tamzin Merchant (Anne) wouldn’t 100 percent confirm the likelihood of that situation, but when we questioned them, their answers seemed telling.

“It’d be very dangerous for all concerned if she does,” Berkeley said. “But, some things are destiny, I guess.”

Mary and Tituba are pre-tty close

Mary may not make it to Season 2

In some promotional items given to press, an image of Mary eerily displays the shadow of a noose around her neck. Is that imagery merely the one thing that might frighten the witch… or is it foreshadowing the end of the season?

Before she goes, you’ll see her all dolled up

While on the set of Salem, the fabulous costume designer, Joseph A. Porro, took us on a tour of some of the wonderful creations he’s designed for the cast of the show. One of those gorgeous gowns is a beautiful pink dress for Mary’s wedding to George Sibley. Can you imagine Mary in pink? Us, either. But, it’s coming.

The body count will be high

During our time pacing the soundstage and wandering through the gorgeous recreation of the village of Salem, we heard a rumor that many of our favorite townspeople from the first episode may not make it very long into the season. In particular, we heard Isaac the fornicator (the scrumptious Iddo Goldberg) and Mercy Lewis (the lovely and absolutely terrifying Elise Eberle) may die sooner than we hoped. Bummer.

Cable TV has certainly prepared us for the loss of well-loved characters, but that’s never made us shy away from our favorite shows. We highly recommend you buck up and go with the flow for this gem of a show, too. Salem is too haunting and thrilling a ride to jump off anytime soon.