What sort of creepy vibes would you expect on-set for a show loosely based on the Salem witch trials? On WGN’s Salem, “accidents” tend to happen. 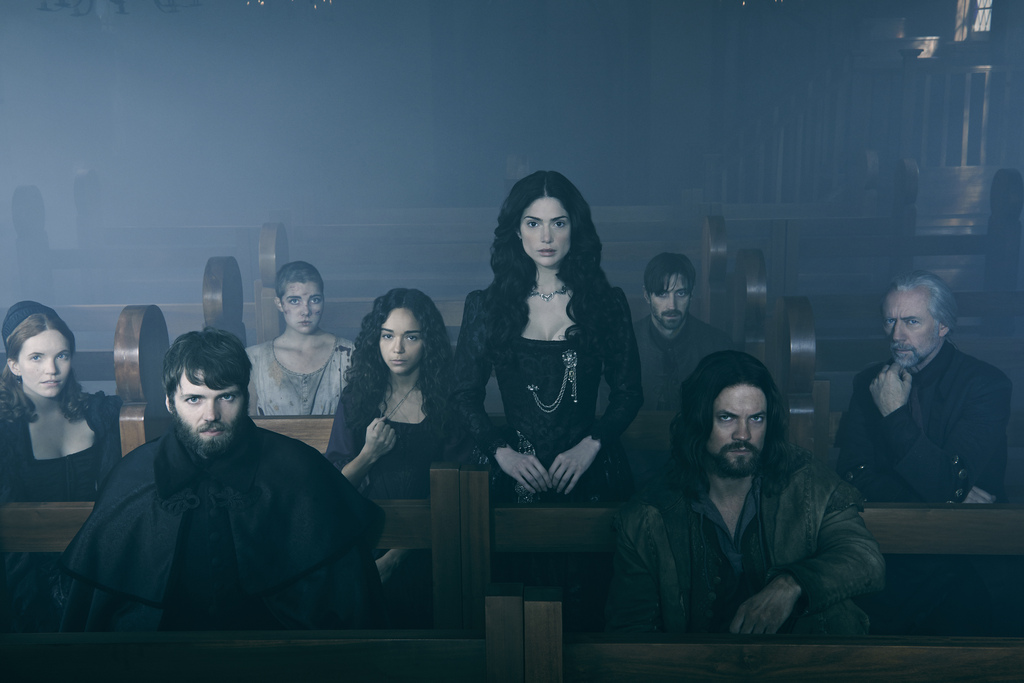 Haunted sets and tragedy-prone production schedules aren’t new issues. Plenty of movies or television shows have been “haunted” by mysterious happenings. It seems like the more eerie the subject matter, the more likely it is that the cast and crew will run into supernatural difficulties while filming. The set of WGN’s bewitching new show Salem isn’t immune to those mysterious accidents.

When SheKnows caught up with one of the stars of Salem, Iddo Goldberg, his arm was in a cast. It was so distracting, it was the first thing we inquired about.

“We were shooting last week and I fell off a horse-drawn carriage. In a really uncool way, apparently,” Goldberg shared. “I haven’t seen it, but…”

“He was committed,” his co-star Elise Eberle affirmed.

You’d think the powers that be would go easy on Goldberg and Eberle, who play two of the show’s most interesting outcasts. In one of the first scenes of the pilot, you’ll see Goldberg’s character, Isaac, stand in the stocks in the middle of town, on trial for something the Puritans believed worthy of being shunned. Meanwhile, Eberle’s character, Mercy, is mysteriously possessed by an unnamed and unseen witch who lives among the townspeople in Salem.

The outcasts aren’t the only players falling victim to unfortunate circumstances. Rumor has it that the cast and crew have been plagued with other injuries. The super-sweet Tamzin Merchant, who plays the oh-so-intriguing and enigmatic Anne Hale, also had a run-in with some bad luck earlier on in production.

“I was the first one!” Merchant shared. “I took a fall and I went over my ankle and sprained it really badly. And I had to wear a moon boot for a week.”

Yikes. We’re sure Merchant still looked like the picture of perfection, even in the moon boot.

From the sound of it, Xander Berkeley, who plays Anne’s father, Magistrate Hale, is one of the very few people to escape the series of accidents.

“So far so good,” Berkeley said. He’s been jetting home as often as possible, though, so it’s possible the spirits just hadn’t caught up with him yet. Merchant seemed to think it was only a matter of time, though.

“So far,” she reiterated teasingly.

Do you believe in haunting spirits, curses or evil witches? No matter where you stand on the supernatural spectrum, Salem is destined to leave you with goosebumps. After working through such haunting and terrifying situations on the show, it’s easy to see why many of the cast and crew are spooked by the on-set accidents. To join in on the eerie fun, check out the trailer below, then make sure to watch the premiere of Salem at 10/9c on WGN.