Chris Brown debuted a clip recently ahead of his latest music video with Ariana Grande. But who knows how long it’ll take to release, because it’ll be a while before he’s released from his legal issues. 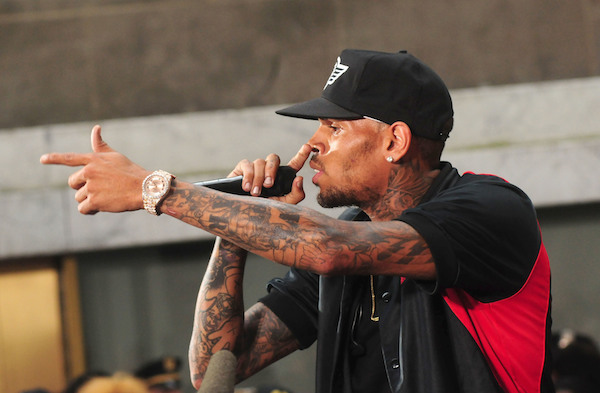 He’s dancing in the dark, all right

Chris Brown has seen more courtrooms than the janitors that clean them up at night. Before the doors of a jail cell close in on him, though, he’s found a way to capitalize on his self-prescribed drama by debuting a killer dance sequence for “Don’t Be Gone Too Long.”

Irony, eh? Let’s hope the trial surrounding his Washington, D.C., drama doesn’t result him in being in jail for too long.

Who knows, perhaps he’s dancing in the promo video because he knows he will get off free, because he is a celebrity, after all, and certainly not a one-time offender.

Chris Brown is trying to pay his way out of jail >>

I don’t want to assume he’s that allegorical.

Can’t keep up or forgot how your favorite artists are doing? Sign up for our newsletter and let us do the work for you >>

But, here’s a step forward. This promo clip is fierce. Brown knows two things: rage and dancing. The video features the latter strength of the two. Though I personally am unimpressed by the constant comparisons to the king of pop, Brown’s fluidity combined with his smooth voice really places him on a pedestal. Question is, what do you think, readers? Is he as good as Michael Jackson? Usher?

Well, the clip doesn’t showcase the beauty of Ariana Grande, but that’s always incentive for me to stay tuned. She’s adorable, isn’t she? It’ll be interesting to see how their voices and auras mesh in the music video (the behind-the-scenes photos suggest the video will be fire). He’s obviously a bad boy, and she’s been labeled time and time again a good girl — are we in for some forbidden love plot on-screen?

Brown releases this guaranteed hit (the audio is already out and it’s a doozy) on May 5 and has an album coming out later this year. Let’s hope his sixth album isn’t delayed anymore due to his bad behavior.