Why would Tom Cruise deny he’s snuggling up to Laura Prepon? Oh, we can think of a couple of reasons. 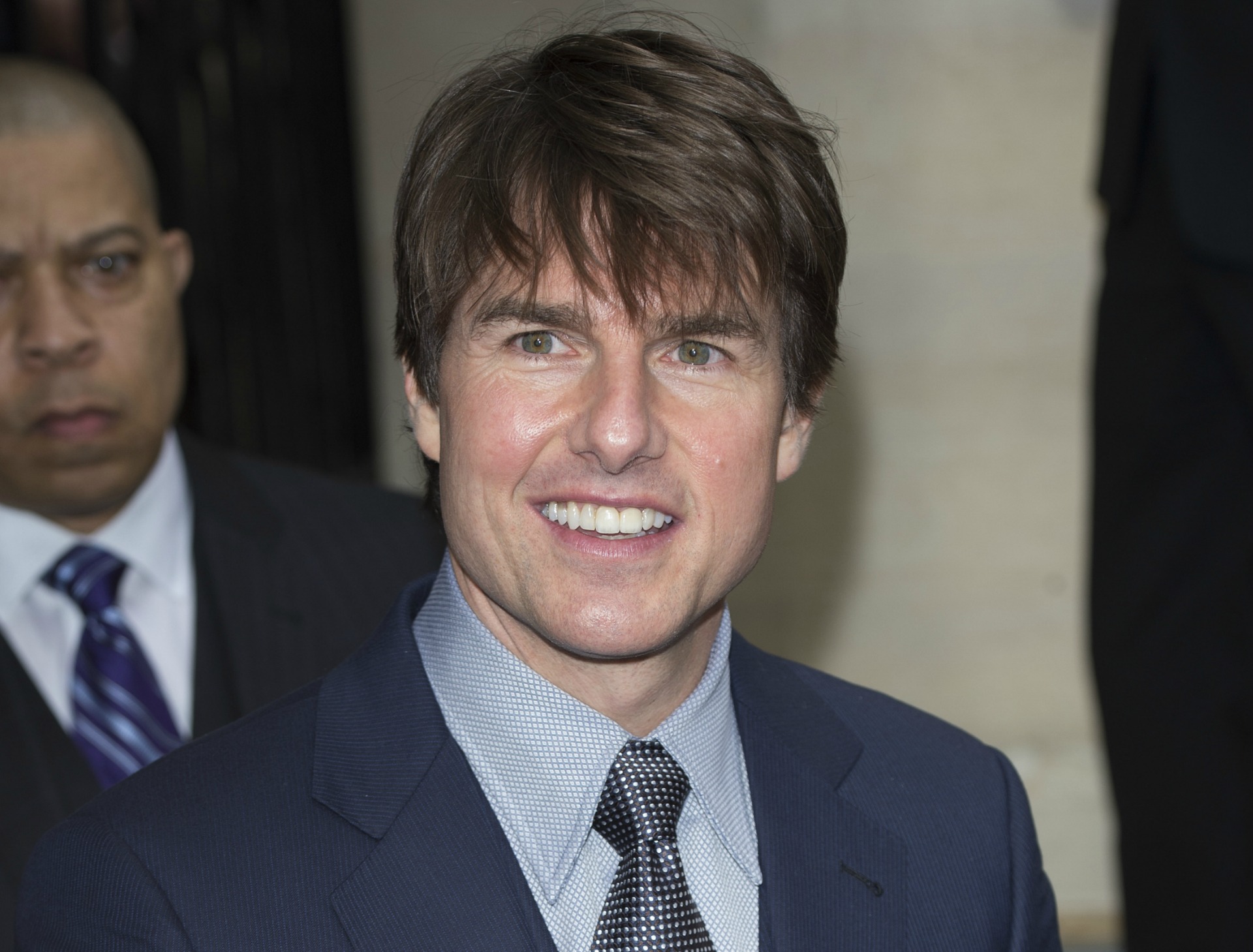 Everyone loves a good Hollywood hook-up story, and the latest news from Tinseltown is a doozy. The New York Post‘s Page Six is claiming that superstar, Tom Cruise, and Laura Prepon, of That ’70s Show fame, are hot and heavy and that the new couple is “the buzz on the set of her show,” Orange Is the New Black.

Although the rumor goes as far back as November, when the two were reportedly spotted having dinner together, members of Cruise’s camp are denying the rumors are true, according to the Los Angeles Times. A rep for the Mission: Impossible actor claims Cruise and Prepon have never even met.

But why would Cruise deny he is canoodling with Prepon? We’ve got some theories.

Let’s face it, it’s obvious Cruise has a type. He digs Amazonian women. Although the superstar stands at just 5’7″ (in heels), he’s got a track record of cultivating relationships with females who are quite a bit taller than him. Ex-wives, Nicole Kidman and Katie Holmes, stood at 5’11” and 5’9″, respectively, and rumored girlfriend, Prepon, stands at 5’10”. While Cruise may still dig tall chicks, it’s possible he’s over all the witty quips and short jokes, though he can’t deny his fetish.

Cruise is a busy guy. Acting is hard, and the thespian has been busy lately promoting his new flick, Edge of Tomorrow, which comes out in June. It’s likely he’s exhausted from his grueling schedule of doing Tom Cruise things and we all know what happens when he announces a new relationship. He chats to Oprah, freaks out, jumps on couches and uses every inch of his lung capacity to shout his love to the world. Jumping is hard work! Have you ever skipped rope or been on a trampoline? That’s some serious cardio. The man needs some downtime before he’s ready to declare a new affair.

Cruise, who is an extremely outspoken Scientologist, was previously told by his publicist to tone down the religious talk in the media. Prepon is also an openly-devout follower of the religion, as well. While having common beliefs is undoubtedly helpful in fostering a healthy relationship, it’s not helping Cruise take the public spotlight away from his faith.

Like many hot Hollywood actors, Cruise’s sexuality has come under the microscope. For years, rumors have flown that the actor is gay and that all of his public female relationships have been to squelch the talk. Prepon (who hasn’t been immune to sexuality speculation herself) is an open supporter of the LBGT community. If the two are dating, it’s inevitable that the beard conversation will happen, and probably sooner than later. If he won’t cop to dating anyone, it kills the gossip.

It’s Hollywood. People make stuff up and things get blown out of proportion. Maybe Cruise denies his affair with Prepon because… gasp… they’re not dating.

What do you think? Is this Hollywood’s latest secret power couple, or just another rumor spread like wildfire?