We caught up with Jenji Kohan at the HRTS Hitmakers Luncheon in Beverly Hills to get the scoop on Season 2 of her groundbreaking Netflix show. We ended up finding out a whole lot more. 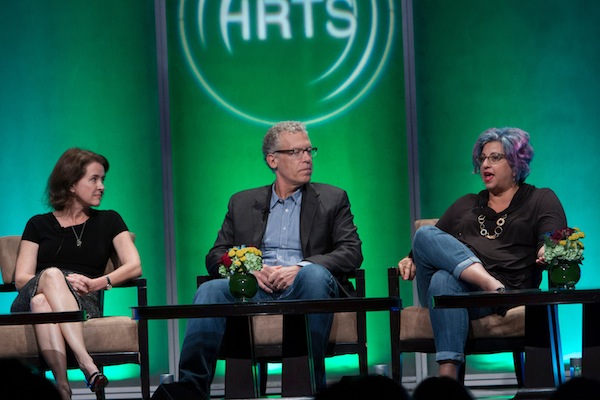 Most fans know the TV show is based on Piper Kerman’s memoir, Orange Is the New Black: My Year in a Women’s Prison. But we were curious how close Kohan (above, far right) stayed to the book.

“We deviated from the source material pretty early on. We just started the [writer’s] room and we got a call that Piper signed off, but none of the other characters in the book were available for interviews, so we decided we better start making those up.”

Apparently, Piper Kerman herself wasn’t necessarily comfortable with a fictional account of her life, so Kohan said, “[The show] quickly became its own animal. We still talk to Piper, but it’s almost always technical or about things she gets upset about, like if we’re too nice to the guards or the whole Alex thing.”

Laura Prepon plays the character Alex on the show. Recently, an article came out on the “real Alex,” Catherine Cleary Wolters, in Vanity Fair, but Kohan claims Wolters has nothing to do with the show. “We never met [Wolters] and Piper doesn’t like to talk about her, so we never got information about her in terms of how to develop that character.” 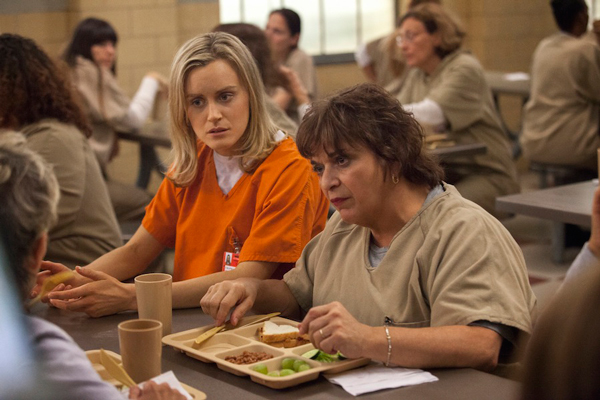 Kohan claims that what made the book so good was that it was a character piece. “It just gave us the freedom to come up with all these characters,” she said. She also added that, “Our Piper and the real Piper are very different people. She’s the godmother of it and the source of it, but it’s its own animal.”

Kohan also spoke about the challenge and importance of doing nudity on the show. “You hope everyone will just be cool about it and they’re not. There’s a lot of negotiating… but the extras, God bless them, they’re all out there. And it’s only $10 more a day. I think people’s sexuality is such a fundamental part of their existence and we want to portray whole people.”

When asked about Netflix’s parameters on showing nudity, she said they haven’t had any limits so far. “We have some male frontal nudity this season, but I don’t think the penis can be erect.”

She went on to share a story from her former show, Weeds, and Showtime’s restrictions on graphic sex.

So what can we expect from the new season?

All 13 episodes of Orange Is the New Black Season 2 will be available on Netflix June 6.