On April 14, Chelsea Clinton announced that she is expecting her first child with her husband, Marc Mezvinsky, later this year. 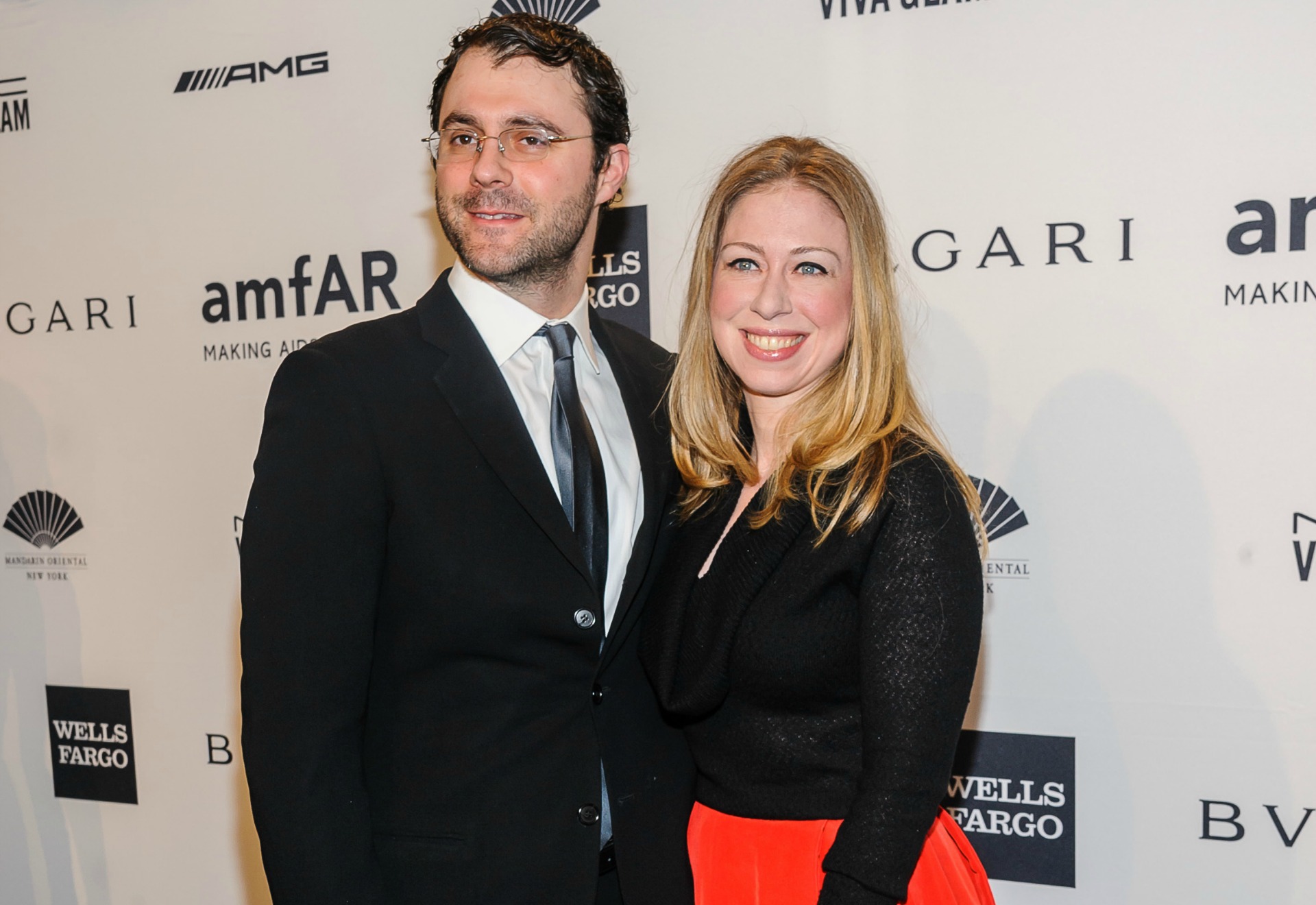 Here comes some big baby news: Chelsea Clinton has announced that she and her husband, Marc Mezvinsky, are expecting their first child later this year.

During the Clinton-hosted women’s event, Girls: A No Ceilings Conversation, in New York City’s Lower East Side district, the 34-year-old activist made the big reveal, saying, “One more thing to say very quickly… Marc and I are very excited that we have our first child arriving later this year. I certainly feel all the better, whether it’s a girl or a boy, that they’ll grow up in a world with so many strong female leaders.”

Speaking of strong female leaders, the former first daughter also shared her desire to follow in her mother — and former secretary of state — Hillary Clinton’s maternal footsteps, adding, “I just hope that I will be as good a mom to my child, and hopefully children, as my mom was to me.”

Hillary made it through the conference without any awkward mishaps and confessed that she’s “really excited” about her daughter’s news. “We’re very excited about what’s happening in our family but we’re also very excited about what we’re doing,” she said, in reference to her consistent push for a female movement. Chelsea’s pregnancy will mark the first grandchild for former President Bill Clinton and the former secretary of state.

What will Chelsea Clinton’s baby mean for Hillary’s campaign? >>

Mezvinsky let Clinton take control of the big reveal, but was reportedly in attendance at the event and looked on from the back of the room as his wife made the big announcement. Shortly after the announcement broke, former President Bill Clinton took to Twitter to share his well wishes for the couple.

News of Clinton’s pregnancy may come as a surprise to some, but Chelsea sparked pregnancy rumors earlier this year when she and a suspicious baby bump showed up to New York Fashion Week in February.

Mezvinsky and Clinton wed in 2010.