Arnold Schwarzenegger showed off a playful side when he photobombed a shot with his son, who was knocked out from anesthesia post-surgery. 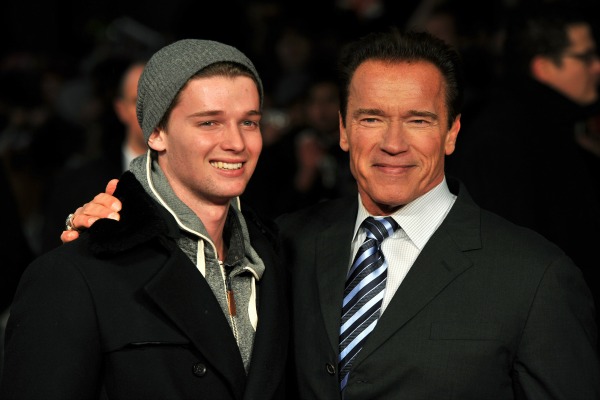 Arnold Schwarzenegger has one silly relationship with his son, or at least that’s the way it appears after taking a look at the actor-turned-politician photobomb himself in a shot with his 20-year-old son.

In the photo, which was posted on Patrick Schwarzenegger’s Twitter account on Wednesday afternoon, April 16, the superstar dad makes a funny face and points to his son, who appears in a hospital bed knocked out from anesthesia post-surgery.

Successful surgery. Praying for fast recovery. Thanks @Schwarzenegger with this photo bomb while I was knocked out pic.twitter.com/fW2Ck9hCaX

No word on why Patrick underwent surgery, but it may come as a surprise because the actor/model appeared to be having a grand time just last weekend when he posted several photos on Instagram of himself with friends at Coachella.

His surgery remained a hot topic on Thursday afternoon, April 17, as his father took over Google’s trending topic list. But it wasn’t just Patrick who enjoyed the silly shot — his followers did, too. Just a day after tweeting the image, Patrick’s message was retweeted 117 times and received 276 favorites.

Despite her separation from ex-husband Arnold, mom Maria Shriver also took to her son’s bedside to tend to him and was even deemed “best nurse ever.”

No one puts my socks and shoes on better than @mariashriver hahha. Love u mamma

Even though Arnold Schwarzenegger made his cinematic comeback earlier this year in the action-packed film Sabotage, the multitalented man has been showing off a rather playful side of himself recently. Just a few weeks ago, the 66-year-old actor, who recently admitted to still doing all of his own stunts, took to BET’s 106 & Park and actually performed the Nae Nae for viewers.