The stakes were high during week 7 of The Face and one strong competitor was sent home. 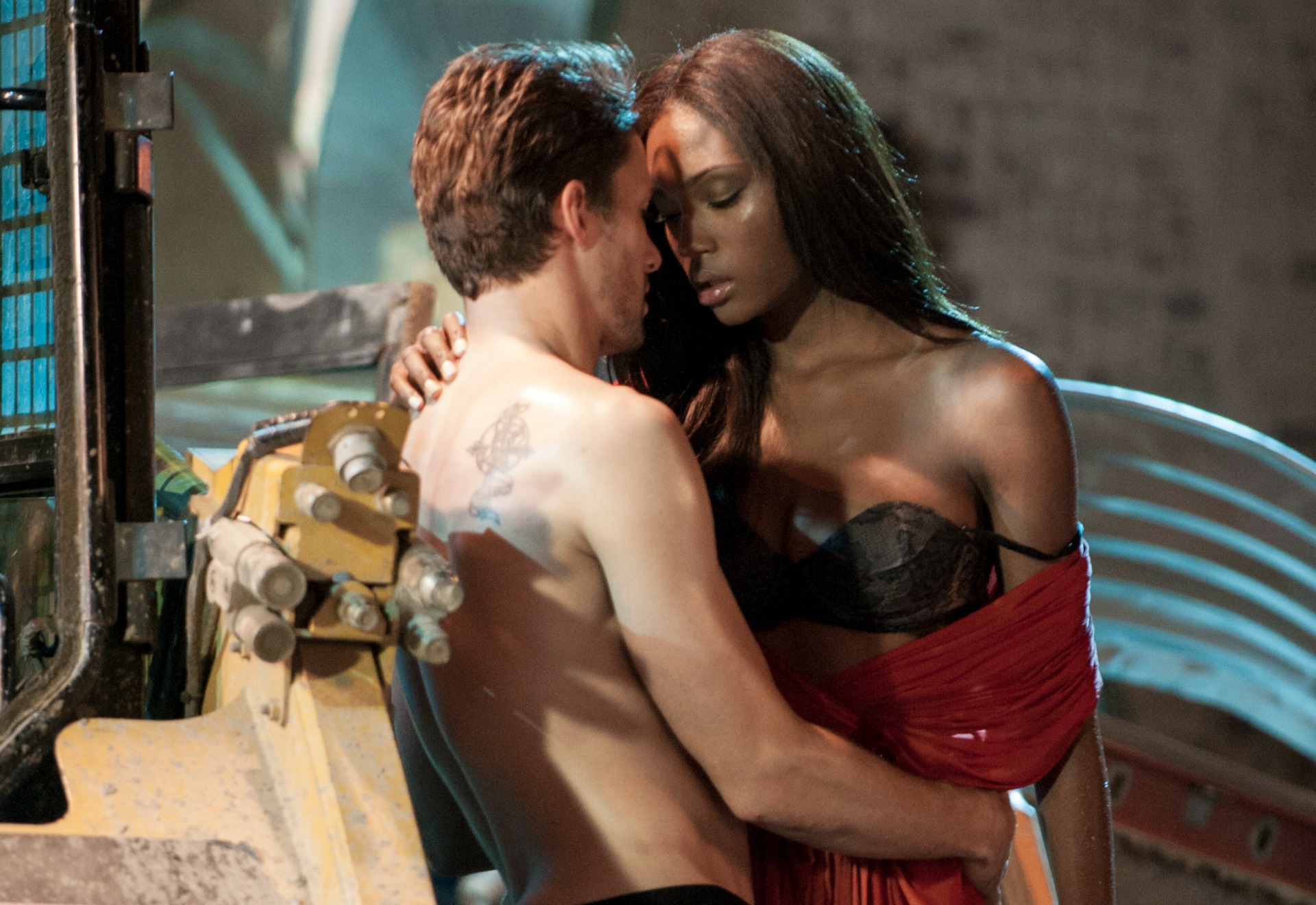 Can you believe there are only six people left in the competition? This week’s episode began with Naomi sending home a very unique model: Khadisha. Naomi is very fair and once she gives a model the chance to shine, they need to step up to the plate. If they don’t, they will be sent home. We found out that for this week’s campaign, we would photograph a lingerie shoot at a construction site. The only twist was we posed with very attractive male models.

Believe it or not, I found this particular campaign more difficult than others. We not only had to tell a story, but also sell the product, be aware of our bodies in the lingerie, make an instant connection with the male models and make a grungy construction site look appealing in a matter of 15 minutes. The pressure was definitely at an all-time high. During the workshop, Naomi helped me practice being soft and sweet, and helped Felisa be more aggressive and sexy. When we finally got on set, Team Naomi did a great job. We took direction from our coach, working on areas that needed to be changed and hoping to win.

I love this competition because it is a learning process. It forced me to be more aware of every part of my body. I had to trust not only myself, but also my mentor who became my mirror. Unfortunately, Team Naomi did not win this challenge — we lost to Team Lydia for the first time. I was happy they were able to push through and finally take home a win, but because they won, one of Team Naomi’s members had to be put up for elimination.

The client loved everything about me in our picture, but felt that my partner’s face should have been more visible and that we looked as if we were telling two separate stories. Due to the client’s critique, Felisa was put up for elimination against Sharon. At that point in the competition, Sharon was definitely seen as a strong competitor. This was recognized by all the coaches.

In the hands of Lydia, Sharon was sent home because she was a threat to her team. I was shocked that Sharon was eliminated, but it definitely worked out in my favor because less competition increases my chance of becoming the face of Frédéric Fekkai.

Tune in to The Face Wednesday nights at 8/7c on Oxygen.