The criminal past of Justin Bieber’s father is no secret, but shocking new details reveal a new level of brutality. 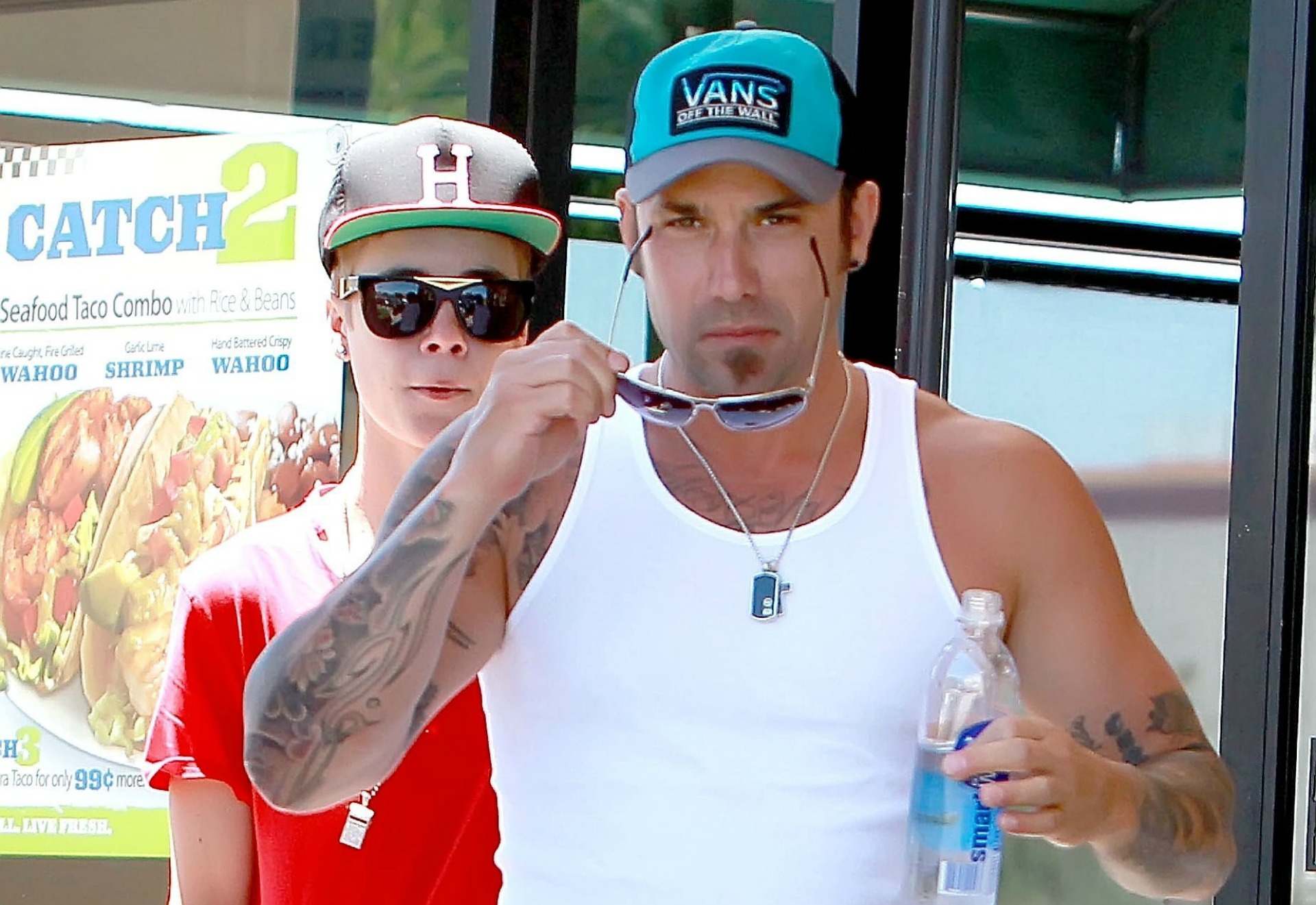 Justin Bieber’s father kicked a woman in the face so hard she was left with pieces of teeth in her throat, she says.

Canadian Alicia Wadden claims that in November 2002, Jeremy Bieber attacked her with a roundhouse kick to the face, leaving her with a jaw broken in two places and several broken teeth.

Wadden told the Daily Mail that Jeremy was making rude, sexually charged comments to her at a house party so she slapped him across the face — and that’s when he went Chuck Norris on her. Her accusations were detailed in a police report filed at the time.

“Jamie took me in the living room and I heard a big bang, so I ran out to see what it was and my door was smashed in. I put on my sneakers and followed Jeremy outside to the cab and I was pointing at him telling him to never come back and that he was never welcome here again,” she said in the 2002 report.

“Then out of nowhere he kicked me in the face and I fell to the ground. I must have been knocked out because all I remember is waking up and not being able to close my mouth.”

She told the Daily Mail in a new interview, “As I ran I felt I had bits of teeth in the back of my throat. I had to spit them out. I tried to close my jaw, but I couldn’t. I just kept thinking, ‘I’m going to have to have my jaw wired shut.’ When I got to hospital the pain really started. I have never felt anything like that before, it was absolute agony.”

Although initially reluctant to talk to the police out of fear for her safety, they eventually convinced her to file charges — but she says Jeremy intimidated her into not showing up to court, and the charges were dropped.

“I had heard from people that Jeremy was really worried. He had already been in trouble for violence before and he was apparently telling people if he was convinced he would go to prison,” she told the Daily Mail.

“He went to court the next day, but when I didn’t turn up the case was dismissed. Apparently the police were really angry.”

So why talk now? Wadden is going public with her claims as an attempt to warn Justin against his father’s bad influence. “He seems to look up to his dad, but he needs to know what he is really like,” she explained.

“I used to be a huge fan of Justin, I would always think how nice and polite he was, but his dad is a terrible influence on him. He thinks he can get away with anything he does, but I want him to know he can’t… Justin needs to realize that his dad isn’t the man he seems to think he is. He looks up to him and that is dangerous, because it seems he wants to behave like him to win his approval.”

Jeremy Bieber was convicted of assault in another case in 1997, convicted of two probation violations two years later, and charged with assault again in 2004.