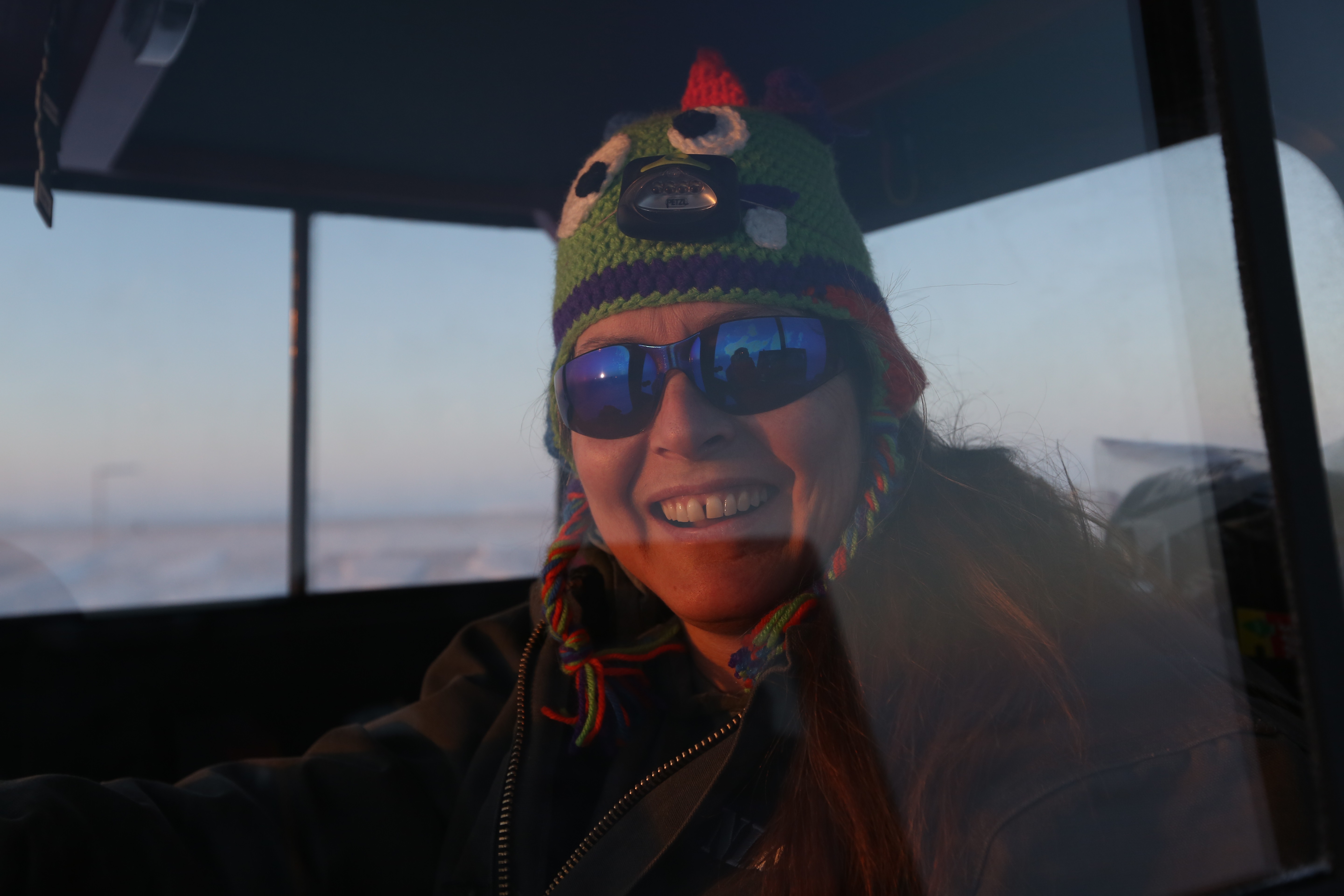 Sue Aikens is a mother, grandmother, pioneer and survivor. She knows what she can handle and whom she can’t. Nat Geo’s Life Below Zero‘s brightest star casts a big shadow, but we couldn’t think of a better person to stand beside when the going gets tough. There’s nothing this woman can’t do.

We love fellow Alaskan, Jewel — but even she’s not this tough >>

When National Geographic premiered Life Below Zero last year, Aikens immediately became the most fascinating. For nine months out of every year, the Chicago native lives in complete isolation 80 miles from the nearest “road,” almost 200 miles from the Arctic Circle and roughly 500 miles from the closest town, Fairbanks. At the beginning of the show, she was asked how she made it from Chicago all the way to Alaska. In her pure bada** nature, Aikens said that story was hers and hers only. A year later, when SheKnows chatted with her, she gave us a quick rundown of the story.

“I was born in Chicago and then when I was very young, my mother, you know, at the time late ’60s divorce was still not a real popular thing. But my mother decided to leave my father. So about 2 o’clock in the morning we all got a paper bag and were told to pack our bag, we’re going to Alaska,” Aikens explained. “And I spent the rest of my time in Alaska.”

Moving to beautiful, cold and wide open Alaska is one thing. Choosing to go even further north and agreeing to spend nearly 75 percent of your life alone don’t exactly go hand in hand. In Aikens’ eyes, though, taking over Kavik River Camp seems to have always been her destiny. To a certain extent, it’s always been what she wanted to do with her life. Isolation isn’t something she shies away from, but, instead, something she enjoys.

“You know even when I was 5 years old, in kindergarten and preschool, when they ask you what you want to be when you grow up, my answer was always lighthouse keeper. I’ve always craved extreme isolation, and I did very well with it. So it was just a natural progression,” she told us. When we asked if she ever got lonely or craved human company, she was quick to answer. “No. I like myself. I crack myself up all the time. I’m pretty entertaining to be around, and there’s no shortage of things to do for a curious mind.”

She’s not always alone, though. In the summer months, Kavik River Camp serves as a bed and breakfast for scientists, ecotourists and even a few hunters who come to check out the way far north. Her grandchildren also come to visit. While her granddaughter readily admits she’d rather go where mani/pedis are a regular thing, her teenage grandson loves spending time at Kavik and hopes he can follow in his grandma’s footsteps someday (though not anytime soon). And of course, there are all the bears that visit the camp.

Several years ago, Aikens was doing her job around Kavik when she went from property manager to prey. Aikens was mauled by a bear. In the new season of Life Below Zero, she describes the sound of the bear gnawing on flesh and bone. This year, when one of the many bears in the population starts visiting the camp, Aikens is forced to go into hunter mode to avoid becoming hunted again. Is it terrifying? Hell, yeah. But Aikens isn’t one for letting emotions defeat her.

For more TV news, reviews and interviews, sign up for our newsletter >>

“I don’t talk about it deeply too often. I did not know how I would react the first time a bear was going to charge me, again. But it was going to happen, it’s going to happen repeatedly forever,” Aikens explained. “There’s 83 grizzlies that are tagged and monitored within 10 miles of camp, and that’s only the ones they tagged. When it happened, I dropped down into automatic mode and handled the situation well. But I was prepared that if I didn’t handle it well I’m no longer an asset to being up here, I’m a liability.”

Even if you didn’t rethink Alaska or wildlife after an incident like that, you’d think the days-long wait for help would make Aikens reconsider the isolation. In her eyes, though, that time alone is what suits her best.

There’s a lot going on behind that grin and those fierce eyes. Our only hope is that boredom will eventually set in, and she writes a book. Aikens’ stories of life at Kavik are fascinating, and we’d happily spend hours escaping into more of them.

To get a taste of her bitterly cold and beautiful Alaskan life and watch her meet her most formidable foe, tune in to Life Below Zero on Thursdays at 9/8c on Nat Geo Channel.