American Authors are back with a brand-new single and a killer new video. They took us behind the scenes for the filming and now we’re sharing it with you.

Hey, American Author fans! Want an inside look at the video for their new single, “Believer?” You came to the right place. As huge fans of American Authors, SheKnows has kept up with the band and everything they’re up to lately. They even invited us for a behind-the-scenes look at making the video and shared with us everything “Believer” means to them. We’re thrilled to share the scoop with you.

Lead singer, Zac Barnett, scooped us hardcore on what to expect from the “Believer” video. You might start out believing some things about the lead characters in the music video, but try not to hold too tight to your first impression. Nothing is as it seems.

“The concept for our new video for ‘Believer’ is the story about two kids. They seem like they’re outsiders, they don’t really fit in,” shared Barnett. “But, what you discover is that they are something completely different than what they are. They have these personalities and they’re geniuses and they’re off trying to figure out a way to create something great.”

Behind every awesome music video is (usually) a brilliantly-written song, as is the case with “Believer.” The American Authors guys let us in on what the song is about and how it will hit home to probably all of their fans. To hear their inspiring message, you’ll have to watch the video at the top as Barnett and drummer, Matt Sanchez, share their insights into the song.

A little less country: Kristian Bush strikes out on his own >>

That’s not all we have for you, though. The band was also kind enough to share even more.


One of our favorite things to do with with our stars is play a “lightning round” of quick-answer questions, just to see what kind of funny answers we can get from them. AA’s lead guitarist, James Adam Shelley, was kind enough to play along.

Last movie he cried at: “Never. I don’t cry to movies. I watch comedies and action/adventure.”

First kiss: “Last night, Zac Barnett and me in a car,” he teased. Sadly, they didn’t get that on video. Hmm… we think he’s just teasing us.

Three things he hates: “Zac, Matt and Dave.” It must’ve been a long day.

Want to know his celebrity BFF and watch him fail at curling his tongue? Check out the video, y’all.

For even more fun with American Authors, click the picture below to see behind-the-scenes shots the guys took while filming their music video for “Believer,” which premieres on Thursday, April 17. Enjoy!

For more music news and interviews, sign up for our newsletter >> 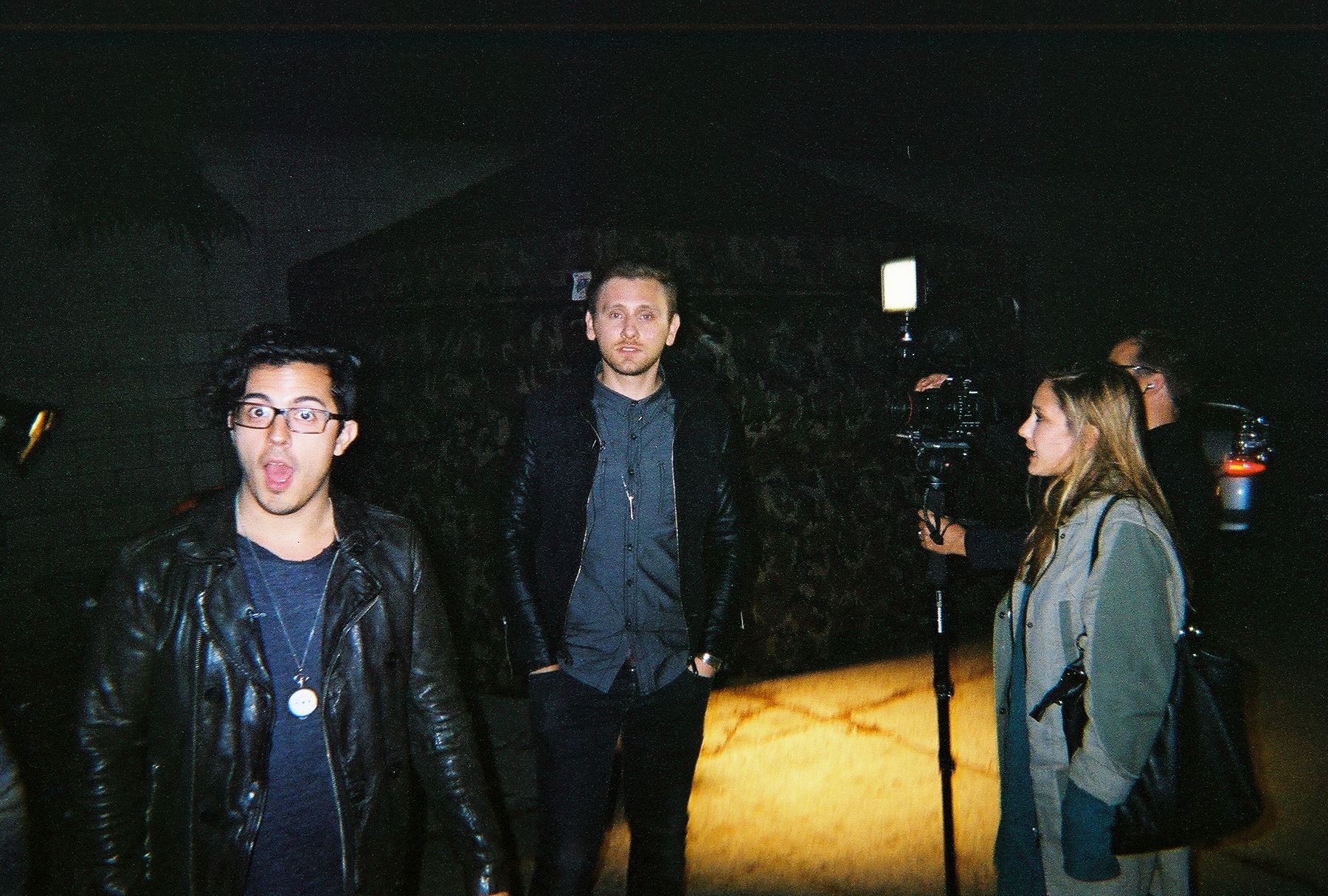