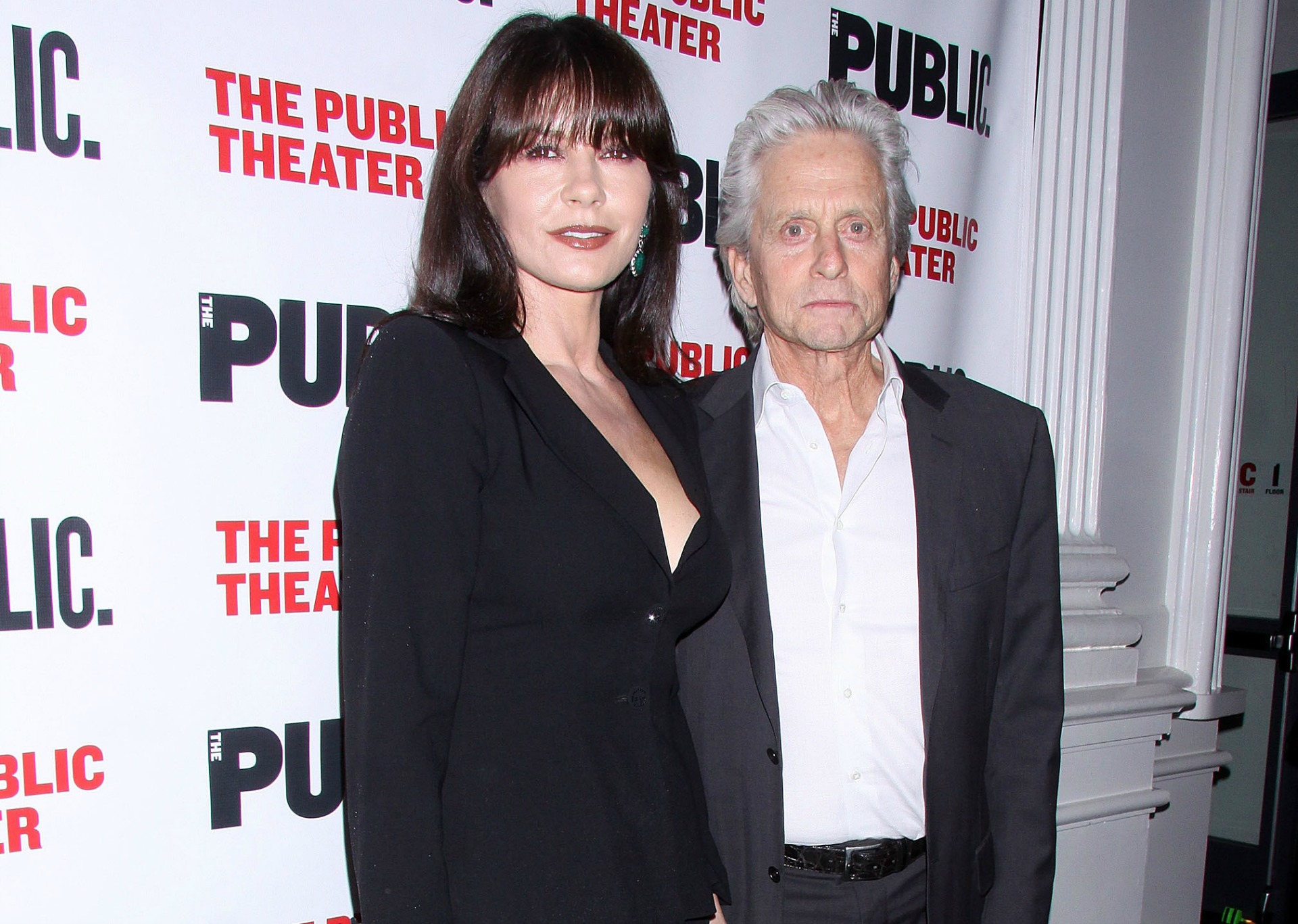 Catherine Zeta-Jones and Michael Douglas made a huge statement on Tuesday night without having to say a word.

Sorry, Heidi Klum and Seal are not getting back together >>

In their first public appearance together since the two separated about eight months ago, the duo confirmed speculation that they have reconciled as a married couple. Zeta-Jones and Douglas walked the red carpet for The Library‘s opening night at the Public Theater in New York City, according to E! News.

The two were presumably at the event to support the play’s creator and director, Steven Soderbergh, whom both thespians have worked with on several occasions.

Word that Zeta-Jones, 44, and Douglas, 69, had split surfaced back in August of 2013 and there were rumors that a big reason behind the breakup was Douglas’ son, Cameron, who is in prison on drug charges until 2018.

“Cameron is in solitary confinement and hasn’t seen his father in an eternity, as he can’t have visitors. Michael is beside himself. It consumes him,” said a source. “Cameron and Catherine never seemed to have a close relationship and I think Michael always felt she just didn’t care for the situation. He probably felt that there was little sympathy from her, toward him and Cameron.”

Problems with Douglas’ son aside, the couple has had a rocky couple of years health-wise, which also could have taken a toll on their relationship. In 2010, Douglas battled for his life with stage 4 throat cancer, and in both 2011 and 2013, Zeta-Jones checked herself into treatment in order to get help for bipolar II disorder.

However, there was some recent writing on the wall pointing towards a reunion. Just one month after news of their split, Douglas thanked Zeta-Jones in his Emmy acceptance speech, and referred to the actress as his wife. In December, a family friend said that Douglas would do anything to get the Ocean’s Twelve actress back and had been visiting her home nightly in the hope of rekindling their romance.