Undiscriminating robots threaten to destroy humankind unless mutants can unite. 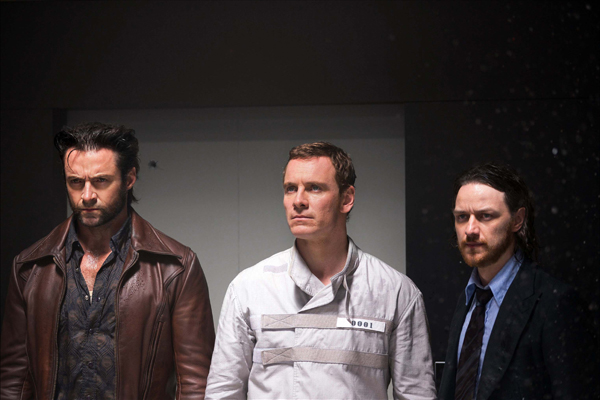 The newest, and final, trailer for X-Men: Days of Future Past has just been released, whetting our appetite even further for what looks to be an epic battle for the mutant’s — and humanity’s — survival.

Peter Dinklage (Game of Thrones) plays Bolivar Trask, the mastermind behind the giant robots he calls Sentinels, who threaten to destroy humankind. The Sentinels are so well designed that it’s only by teaming up with their past selves that the mutants even stand a chance at winning the war against them.

Watch the first X-Men: Days of Future Past trailer >>

Wolverine (Hugh Jackman) leads the mission to unite mutants across two time periods in a bid to destroy the sophisticated robots once and for all, joining together characters from the original X-Men film trilogy with their younger selves from the past, X-Men: First Class.

It’s no easy task, but if we’ve learned anything from his spin-off films (X-Men Origins: Wolverine, The Wolverine), it’s that Wolverine never takes no for an answer.

Fans of the franchise will be excited at the promise of seeing two versions of Professor Xavier (Patrick Stewart and James McAvoy) and two Magnetos (Ian McKellen and Michael Fassbender) working together on-screen.

Also reprising their mutant roles are Jennifer Lawrence as Mystique, Halle Berry as Storm and Nicholas Hoult as Hank, aka Beast, ensuring quite a few scene-stealing moments. Ellen Page and Shawn Ashmore return as Kitty Pryde and Iceman, respectively.

It’s not all familiar faces, however. Newer characters shown in the promo include Blink (played by Bingbing Fan) and Warpath (played by Booboo Stewart).

X-Men: Days of Future Past is directed by Bryan Singer and opens in theaters nationwide on May 23, 2014.

35 mins ago
by Hanna McNeila