Beyoncé and Jay Z are reportedly gearing up for a 20-date summer stadium tour that will conquer cities throughout the U.S. 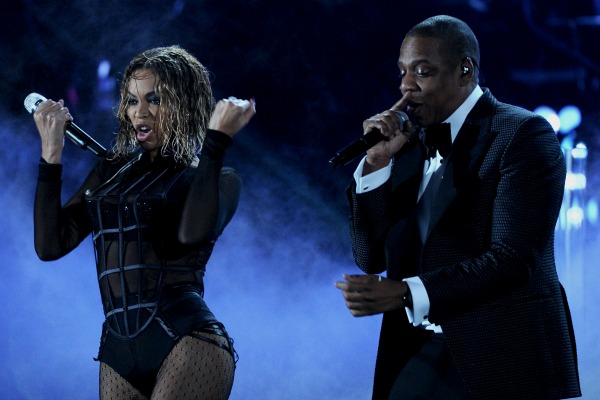 On Monday, April 15, the blogosphere went into a frenzy when the New York Post‘s Page Six reported that the hip-hop power couple is planning on headlining a 20-date summer stadium tour together that will conquer cities throughout the U.S. According to the report, the pop diva and the rap titan will begin the tour in late June and possibly treat New York to a patriotic show on July 4.

While there’s no word from either of the stars’ camps, it would be a convenient move for the couple as Jay Z just wrapped up his Magna Carter tour in January and Beyoncé closed out her Mrs. Carter Show just last month.

Even though they’ve never embarked on a tour together, the couple has collaborated on a string of tracks including “Bonnie & Clyde,” “Upgrade U” and “Drunk in Love” throughout their relationship. Back in January, the couple had mouths running when they opened the 56th annual Grammy Awards for a rather sexy performance of Bey’s hit single “Drunk in Love.”

Just last weekend, the couple made separate surprise appearances at this year’s Coachella music festival. While Beyoncé surprised her Beehive when she made an onstage cameo during her sister Solange Knowles’ performance of “Losing You,” hubby Jay Z joined former frenemy Nas to perform “Dead Presidents II” during his stage set.

It looks like these two may be giving Rihanna and Eminem’s joint tour a run for hottest show of the summer. It’s time to start saving up, folks.