Writer/director Gillian Robespierre introduces us to a character women can cheer for in this unconventional story. 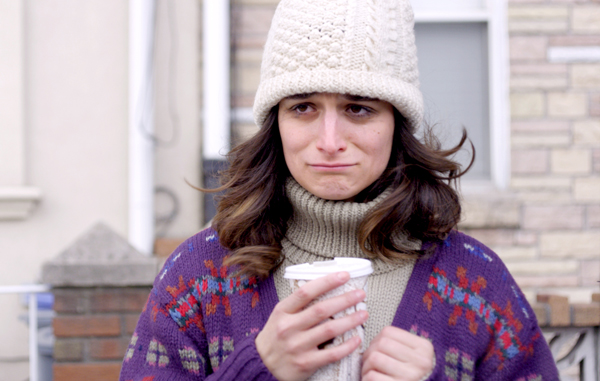 The official trailer for Obvious Child, a breakout hit at this year’s Sundance Film Festival, has been released in anticipation of the film’s June 6 opening. Featuring a standout performance by former SNL actress, Jenny Slate, the movie tells the story of comedian Donna Stern, who gets dumped, fired and pregnant just in time for the worst Valentine’s Day of her life.

Writer/director Gillian Robespierre handles the topic of Donna’s unwanted pregnancy with a refreshing matter-of-factness rarely seen on the screen. As to why she chose to address such a hot-button issue, Robespierre told IndieWire, “We were frustrated by the limited representations of young women onscreen and their experience with unplanned pregnancy. We were waiting to see a film in which a woman makes a different choice — and it doesn’t define her life. But we weren’t sure how long that wait was going to be. So we decided to make the film ourselves.”

Watch the trailer for Zach Braff’s new movie, Wish I was Here >>

Casting Jenny Slate, whom audiences may remember for accidentally dropping an F-bomb in her debut performance on SNL, was an inspired choice. She shines as Donna Stern, an unapologetic stand-up comic who jokes about topics as intimate as her sex life and as crude as her day-old underwear. As she grapples with an uncertain financial future, an unwanted pregnancy and a surprising new suitor, Donna begins to discover that the most terrifying thing about adulthood isn’t facing it all on her own, it’s allowing herself to accept the support and love of others.

Although the film’s characters are dealing with some tough decisions, Donna never fails to find the comedy and humanity in each awkward situation she encounters, keeping audiences laughing as she discovers what it means to be as brave in life as she is on the stage.

Obvious Child premiered at Sundance in January and will be in theaters June 6.