Brandy has had many failed relationships, but it appeared her newest would finally be the one that would last. 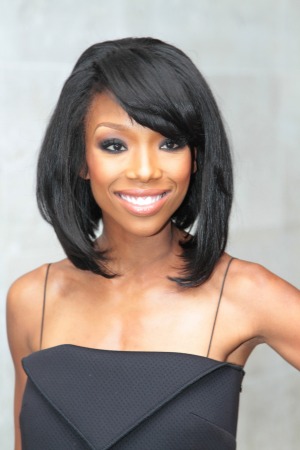 It looks like Brandy is single once again. The singer has been unlucky in love so far, and it looks like her relationship with Ryan Press is no different. She has reportedly called off her engagement to the music exec.

Brandy performs to an empty stadium in South Africa >>

“They are no longer together. The engagement is off, but the friendship is still on,” Brandy’s rep told Us Weekly.

The couple became engaged in December 2012, but there didn’t appear to be any movement toward an actual marriage. According to her rep, the breakup may have more to do with Brandy’s need to find herself than any downfall of the actual relationship.

“They decided to take a step back and reevaluate the relationship,” the rep said. “Brandy is 35 now — that’s what her whole #35 on Twitter is about, becoming her own woman.”

The broken engagement isn’t big news to anyone who has been following Brandy — she showed up to the NAACP Image Awards last month without her engagement ring, and again at her birthday party, according to the Los Angeles Times. The marriage would have been the first for Brandy, although she does have an 11-year-old daughter with her ex Robert Smith, a music producer.

Brandy wants to be Whitney Houston >>

Her rep added that she is still hoping to find the right one, and to get married and have more kids.

“But she is working on so many other things right now,” the rep said. “[Brandy and Press] haven’t ended things on a bad note and they still speak all the time.”

Brandy’s fans may be able to hear more about the breakup — and possible turmoil leading up to it — on the singer’s new album. She recently told VH1, “It’s going to be a very personal album for me. This album is just special for the whole therapy thing. I sing about my life and a lot of the things that I’ve been going through lately.”