Whistleblower Edward Snowden may be a wanted criminal in the U.S., but The Washington Post and The Guardian have been duly rewarded for their coverage of his NSA revelations. 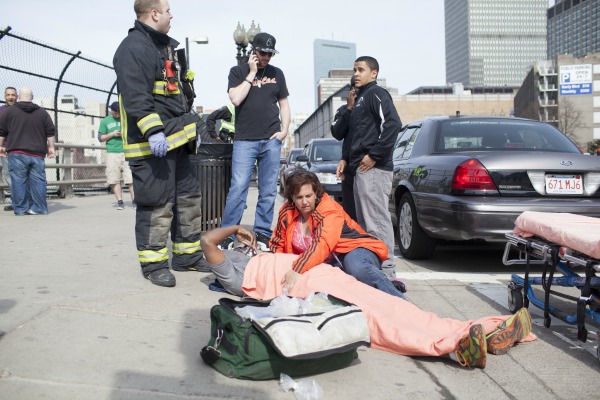 The 2014 Pulitzer Prize winners have been announced, and for the first time in a decade, nobody has been named in the Feature Writing category.

Snowden reacted to the news with pleasure. “Today’s decision is a vindication for everyone who believes that the public has a role in government,” he said in a press statement. “We owe it to the efforts of the brave reporters and their colleagues who kept working in the face of extraordinary intimidation, including the forced destruction of journalistic materials, the inappropriate use of terrorism laws and so many other means of pressure to get them to stop what the world now recognizes was work of vital public importance.

“This decision reminds us that what no individual conscience can change, a free press can. My efforts would have been meaningless without the dedication, passion and skill of these newspapers, and they have my gratitude and respect for their extraordinary service to our society. Their work has given us a better future and a more accountable democracy.”

The Letters, Drama and Music winners, including The Goldfinch by Donna Tartt, should be added to your reading list immediately if you haven’t already devoured them.

Public Service
The Guardian US and The Washington Post for their coverage of the NSA.

Breaking News Reporting
Staff of The Boston Globe for “its exhaustive and empathetic coverage of the Boston Marathon bombings and the ensuing manhunt that enveloped the city.”

Investigative Reporting
Chris Hamby of The Center for Public Integrity, Washington, D.C., for “his reports on how some lawyers and doctors rigged a system to deny benefits to coal miners stricken with black lung disease, resulting in remedial legislative efforts.”

Explanatory Reporting
Eli Saslow of The Washington Post for “his unsettling and nuanced reporting on the prevalence of food stamps in post-recession America, forcing readers to grapple with issues of poverty and dependency.”

Local Reporting
Will Hobson and Michael LaForgia of the Tampa Bay Times for “their relentless investigation into the squalid conditions that marked housing for the city’s substantial homeless population, leading to swift reforms.”

National Reporting
David Philipps of The Gazette, Colorado Springs, Colorado, for “expanding the examination of how wounded combat veterans are mistreated.”

International Reporting
Jason Szep and Andrew R.C. Marshall of Reuters for “their courageous reports on the violent persecution of the Rohingya, a Muslim minority in Myanmar that, in efforts to flee the country, often falls victim to predatory human-trafficking networks.”

Commentary
Stephen Henderson of the Detroit Free Press for “his columns on the financial crisis facing his hometown.”

Criticism
Inga Saffron of The Philadelphia Inquirer for “her criticism of architecture that blends expertise, civic passion and sheer readability into arguments that consistently stimulate and surprise.”

Editorial Writing
The editorial staff of The Oregonian, Portland, Oregon, for “its lucid editorials that explain the urgent but complex issue of rising pension costs, notably engaging readers and driving home the link between necessary solutions and their impact on everyday lives.”

Editorial Cartooning
Kevin Siers of The Charlotte Observer for “his thought-provoking cartoons drawn with a sharp wit and bold artistic style.”

Breaking News Photography
Tyler Hicks of The New York Times for “his compelling pictures that showed skill and bravery in documenting the unfolding terrorist attack at Westgate mall in Kenya.”

Feature Photography
Josh Haner of The New York Times for “his moving essay on a Boston Marathon bomb blast victim who lost most of both legs and now is painfully rebuilding his life.”

Drama
The Flick by Annie Baker