The new movie trailer for David Fincher’s Gone Girl has hit the internet and it promises lots of mystery, and may even turn Ben Affleck’s character into a killer. 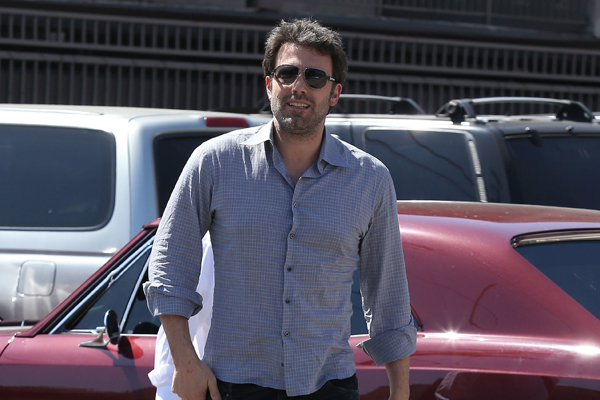 David Fincher’s Gone Girl trailer is here and it shows the film being just as mysterious as the novel of the same name, and may end up with Ben Affleck as a killer — or it may not.

The new preview is full of haunting scenes and hardly any dialogue, but it surely sets the mood for the mystery thriller. Showing Affleck as Nick Dunne mourning the disappearance of his wife Amy on their fifth wedding anniversary, the trailer slowly changes scenery when Nick begins to look like a suspect.

The clip begins with a devastated Nick pleading with the community to help him find Amy. Flashing scenes show people holding candlelight vigils, actively searching for Nick’s wife in fields and Nick walking around his home in a daze, seeing visions of Amy everywhere.

But, things quickly take an odd turn when scenes of Nick and Amy fighting begin filling the screen and he is being questioned by authorities on his possible connection to her disappearance. Investigators are shown taking evidence from his home, Nick evades the public and then is interviewed by the media.

The ending of the clip features Amy underwater and seemingly dead as Nick tells a reporter, “I did not kill my wife. I am not a murderer.”

The whole trailer is set to Charles Aznavour’s song “She,” which is covered by The Psychedelic Furs’ Richard Butler and perfectly fits the mood of the film’s eerie preview.

Gone Girl is adapted by David Fincher, who apparently worked with the novel’s author and former EW writer Gillian Flynn to change the story slightly for the screen version.

“There was something thrilling about taking this piece of work that I’d spent about two years painstakingly putting together with all its eight million LEGO pieces,” Flynn said recently. “And take a hammer to it and bash it apart and reassemble it into a movie.”