Olympic record-holder Michael Phelps’ retirement may turn out to be very short-lived. 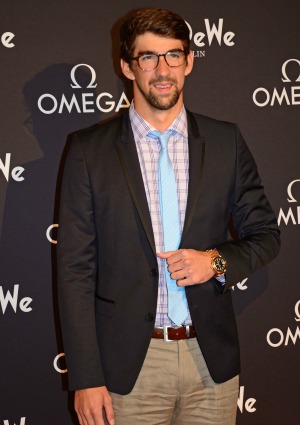 Michael Phelps retired less than two years ago, but it turns out that while you can take the man out of the pool, you can’t take the pool out of the man.

The 22-time Olympic medalist is reportedly coming out of retirement for a swim meet in Arizona April 24-26, 2014, with the hopes of making a splash at his fifth Olympics in Rio in 2016.

His longtime coach Bob Bowman tried to downplay Phelps’ decision. “I think he’s just going to test the waters a little bit and see how it goes,” Bowman told the Associated Press. “I wouldn’t say it’s a full-fledged comeback.

“He’s gotten back into good shape since September,” the coach said. “He can give a good effort and certainly not be embarrassed. He’s in enough shape to swim competitively. I think he’s just really enjoying it. He enjoys the training and being physically fit. He just kind of wants to see where he’s at. It’s more really for fun. It’s been nice for me to see him swim just for the joy of it, really.”

Fellow Olympic swimmer Katie Ledecky is psyched for his comeback. “I’m excited to see what he can do,” she told the AP. “Definitely it’ll bring some more energy to swimming again.

“It’s just for his own personal kind of thing,” she said. “He’s already done so much. Whether he adds a couple more gold medals or not, what he’s done has been so incredible, whatever he does next should be accepted by all.”

Olympian Jessica Hardy added, “Even if he’s not at peak performance, it’s great for the sport and each athlete particularly to keep learning from him. I don’t think anyone wants to put pressure on him. He’s accomplished everything you pretty much can. It’s just great to see what else you can do.”

Phelps is the most winningest and decorated athlete in Olympic history, with 22 medals — 18 of them gold — 8 of those earned at the 2008 Beijing Olympics alone.