Kelly Osbourne and Paris Hilton reignite their old feud after an awkward run-in at the Coachella music festival. 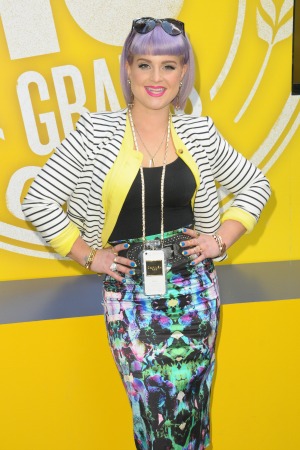 Kelly Osbourne has been involved in her fair share of celebrity feuds, but her latest issue is now with Paris Hilton.

Of course, this is not the first time Osbourne and Hilton have been involved in a vicious feud. The pair previously fell out in 2005 after it was reported that Hilton’s then-boyfriend destroyed Osbourne’s 21st birthday party.

And it appears the pair’s troubles have now been reignited because Osbourne apparently did not like the way the hotel heiress acted when they had an awkward run-in at the Coachella music festival in California last weekend.

And so Osbourne did what she does best — she took to Twitter to blast Hilton.

“Please grow up there is no need to act like a child,” the 29-year-old tweeted at Hilton. “You could of happily joined us! it’s not 2005 no one cares!”

So what caused the pair to start their drama all over again? According to Us Weekly, it was all because they both wanted to sit at the same table. Osbourne had apparently been invited to sit at one of the organizer’s tables at the Neon Carnival, but then Paris and her sister Nicky Hilton walked into the VIP area and wanted to sit where Osbourne had been sitting.

“They right away pointed to the table Kelly was sitting at and asked the party organizers if they could sit there,” an insider revealed to the mag. “The team at the Carnival asked Kelly if she would move to a table upstairs, and she did. They didn’t really cite a reason why she had to move.”

“Paris and Kelly made eye contact,” the source continued. “They were ten feet from each other. I mean, Kelly has bright purple hair — there is no way Paris could have missed her.”

The Fashion Police star was clearly unimpressed that Hilton did not bother to say hello to her and flat out ignored her, but the hotel heiress paid no notice to Osbourne’s rants and continued to enjoy her weekend at Coachella.

Hilton tweeted on Monday, “Had the best time at #Coachella this year with @NickyHilton. Love my lil sis so much!”

We wonder if we have seen the last of Hilton and Osbourne’s feud.