Will Sugarland ever reunite and dish out new music for their adoring fans? Kristian Bush’s debut album announcement leaves us worried about his former band’s fate. 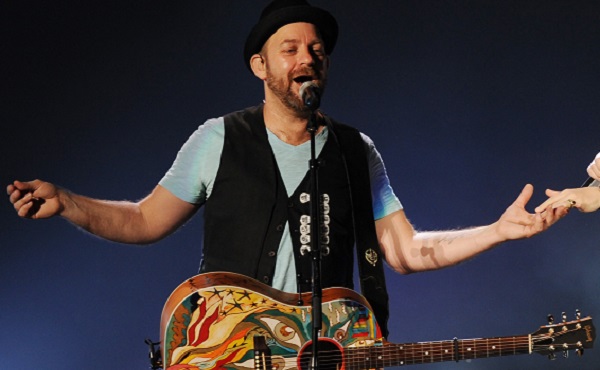 Yesterday, Sugarland‘s leading man Kristian Bush announced plans to release his solo debut. As excited as his fans are about the announcement it leaves many Sugarland fans concerned about the state of things for his claim to fame: Sugarland. Will Bush and the female half of the duo, Jennifer Nettles, ever come together to make more Sugarland music? Today, the likelihood seems grim.

It’s been two and a half years since Sugarland announced they would be taking a hiatus from touring and being a band. A couple of months before the announcement was made, a stage collapse during their Incredible Machine Tour killed seven concertgoers and left dozens more injured. While it’s not something the fun-loving duo wanted to be known for, it will forever earn a footnote in tales of the band, and there’s no doubt the incident still weighs heavily on their hearts.

When Nettles and Bush announced they would be taking a few months for themselves, it made sense at the time. No one quite expected it to last so long, though. Sugarland was one of the hardest working bands in country music. They were constantly promoting a new release and were always on the road bringing the Sugarland circus to cities across the country. Now, many fans are wondering if that ill-fated tour could end up being their last.

Several months ago, Nettles released her own solo album. The jazzy adult rock album’s only recall to Nettles’ country roots was the unmistakable twang in her voice. While the sexy and sassy songstress’ album did well enough, it didn’t perform at quite the same caliber as anything Sugarland has put out. Still, Nettles seemed proud of her work and rightly so.

Then there was the multitalented, always grinning Bush. As yesterday’s statement reminded fans, he’s spent the past year putting out a series of blog/video/music posts called “Music Mondays.” In the posts, he “opened up the studio doors” to share music he’d written in recent years. Fans latched on and loved everything the country boy shared with them, and it appears Bush recognized a chance to expand. He announced that he cut down the list of songs to 15 favorites and hopes to release a solo album in the near future. Of course, we’re thrilled for Bush and eagerly anticipate hearing his work.

But where does that leave Sugarland? Bush failed to mention any upcoming releases from Sugarland, so it’s probably safe to say that, at least for now, the duo remains on hiatus. As always, we’ll keep our fingers crossed and ears to the ground in hopes of hearing encouraging news we can share with Sugarland fans.