The Transformers are fugitives and it looks like Mark Wahlberg is their only ally. Paramount has released a new TV spot that shows the robots on the run. 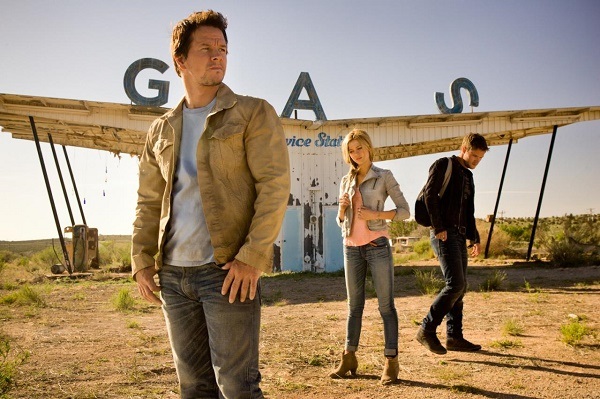 Sunday was a big day for Mark Wahlberg. The actor was the toast of the 2014 MTV Movie Awards, and his latest film, Transformers: Age of Extinction, got a huge marketing push. During the broadcast, viewers were treated to a new TV spot for the film, which marks the beginning of a new era.

Mark Wahlberg to be honored with MTV’s Generation Award >>

The promo featured Wahlberg as the series’ new protagonist, Cade Yaeger. He and his daughter, Tessa (Nicola Peltz), get caught in a war between the Transformers and the government. According to the footage, the age of the Transformers is over. The robots that used to be viewed as heroes are now considered enemies of the state.

Director Michael Bay has set the stage for another sequel, which will show the creatures in a new light. Unlike the original trilogy, the upcoming films will explore the aftermath of the Transformers’ arrival. Their presence hasn’t yielded all positive results. Yes, they saved the world from the Decepticons (multiple times), but they also did a lot of damage in the process.

The Autobots have their hands full with humans, as well as the Dinobots that are on the prowl.

Check out the new TV spot below:

What do you think of the new TV spot? Are you excited for the film?