It was an interesting day in the world of social media. Two airlines were put in compromising situations, but one handled it like a pro and the other… not so much. 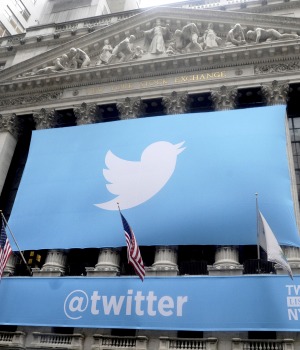 Airlines have been in the news all day, and not always in good circumstances. Sometimes, it’s easy to forget what an impact a social media account can make on one person, on a country, or even on the world. But American Airlines and US Airways showed a few different ways to handle social media — or not handle it.

Social media dictionary: What your kids are really saying >>

The first tweet to go viral was from American Airlines. They received a tweet from someone named “Sarah” threatening terrorist activities, and they replied in the best way possible. The original message said, “Hello. My name’s Ibrahim and I’m from Afghanistan. I’m part of Al Qaida and on June 1st I’m going to do something really big bye.”

American Airlines responded quickly with their own threat.

“Sarah, we take these threats very seriously,” the reply tweet said. “Your IP address and details will be forwarded to security and the FBI.”

The Twitter profile has since been deleted, but before it was, “Sarah” tweeted a series of replies, stating she is an obviously-scared teenager.

“I was joking and it was my friend not me, take her IP address not mine.

“I’m just a fangirl pls I don’t have evil thoughts and plus I’m a white girl.”

American Airlines decided to delete their original tweet because “it generated a lot of traffic. We took it down so we could better focus on our customers,” spokeswoman Dori Alvarez told the NY Daily News.

It turned out that the teen is a 14-year-old Dutch girl and she has since been arrested in the Netherlands.

LOL! Watch the famous read mean tweets about themselves >>

Another conversation happened between a passenger and US Airways, but this one went very, very badly.

@USAirways Unhappy that 1787 sat for an hour on tarmac in CLT because overweight, resulting in over hour late arrival in PDX…

@USAirways yeah, you seem so very sorry. So sorry, in fact, that you couldn't be bothered to address my other tweets.

US Airways responded by saying, “@ellerafter We welcome feedback, Elle. If your travel is complete, you can detail it here for review and follow-up.”

The tweet was pulled down an hour later, and all the airline could do at that point was apologize.

US Airways hasn’t yet explained what happened, but there is not much they can do to explain this one away.

In the war of Twitter, both airlines faced tough situations, but it looks like American Airlines may have won this one.