Hemlock Grove Season 2 will be ready for binge-viewing on July 11 on Netflix. Want to know more about the show? We’ve got all the details. 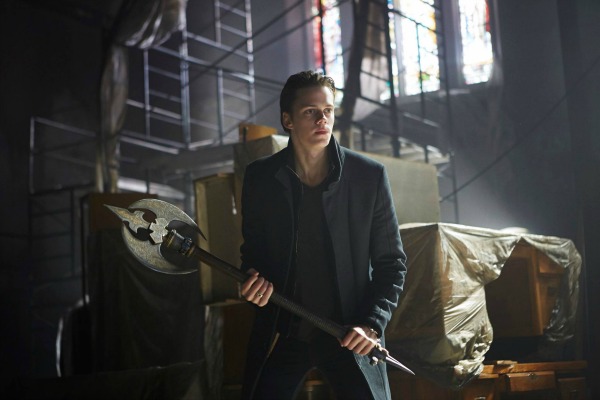 Fans of Hemlock Grove will be happy to know that the Netflix series will indeed be premiering a second season. Starting on July 11, 2014, at exactly 12:01 a.m. Pacific Time, Netflix subscribers can begin watching Season 2. Right in the middle of the summer will be the perfect time to settle down in a nice, dark, air-conditioned room and binge on the entire season from beginning to end.

Hemlock Grove recap: Season 1 is worth the watch >>

Hemlock Grove follows the strange happenings in a small town of the same name occupied by people with supernatural powers and afflictions. The story begins when a number of murders happen in town and the resulting investigation leads to many more mysteries. At the core of the show is the odd friendship that develops between two young men, Roman (Bill Skarsgård) and Peter (Landon Liboiron). But although the show centers often on them, it is, in fact, full of many more characters, each one of them more unusual than the last.

As a horror fan and a fan of supernatural stories in general, this series had a lot of elements that I enjoyed. Each character was a fresh take on the standard characters and creatures seen in this kind of show. For instance, it’s no spoiler to say that the series features a werewolf, but the transformation of said werewolf from human to wolf was the most mouth-dropping moment in the series and done in a way that I have never seen before.

I also really loved the core relationship between Roman and Peter. They definitely held my attention and carried the bulk of the show for me in terms of story and interest level. As soon as they had a scene together, I found that I was unable to look away from the screen and felt compelled to lean in and carefully watch and listen to everything they were doing and saying.

In my opinion, Hemlock Grove did drag a little bit in parts, which made it hard for me to binge-watch it over a single weekend. I think that the pace of the show might be better suited to watching in shorter bursts — maybe one or two episodes at a time with a nice break (and perhaps a strong cup of coffee) in between. If you’re looking for lots of action, you won’t find it on this show. Instead, you should expect a slow and steady drama that doles out its story with cryptic dialogue, dark scenery and eerie music.

Connect with the show

Did you catch the first season of Hemlock Grove? Do you plan to watch Season 2 when it is released on Netflix?