Bryan Cranston proved Walter White wasn’t all bad when he used the good-guy-gone-wrong character to help a youngster get a date to prom. 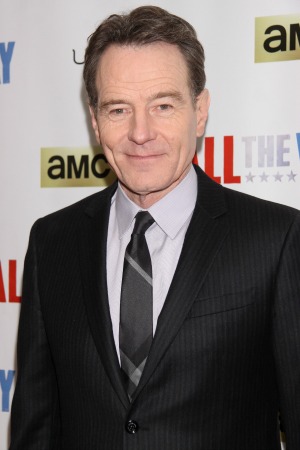 These days, asking a date to a prom is no joke. Gone are the days of a single rose and a sweetly-asked question. Now, lavish, well-thought-out, over-the-top prom proposals are all the rage.

Bryan Cranston gave one teenage boy the prom date-asking ammunition of the decade when he recorded a video with the youngster asking his prospective date to go to the dance with him, according to the New York Daily News. Except the proposition was more of a demand than a question, really.

Seventeen-year-old Stefan Montana and his date of choice, Maddie, are huge fans of Breaking Bad,and Montana felt that Cranston backing him up in character as Walter White would be a hard offer to refuse.

“Would you say, Maddie, if you don’t go to the prom with Stefan, then maybe your best course of action would be to tread lightly?” Cranston asks ominously in the quick video. The camera pans over to the beaming high school junior who then asks, “Maddie will you go to prom with me?” The “tread lightly” phrase is, of course, a reference to the infamous TV chemistry teacher.

Cranston falls easily back into character, but that might be partially due to the fact that he admittedly sees a lot of Walter White in himself.

Montana, who was in New York visiting colleges with his family, waited outside Cranston’s Broadway show, All the Way, and approached the actor as he was leaving. “It wasn’t a realistic thought at first. But we were waiting (outside the theater) and I asked, ‘Could you please do this?’ He really is the nicest guy in the world,” said Montana. “It really is true. He’s not really a celebrity, he’s a dude. He didn’t have to help me out, but it was pretty amazing.”

Word of Cranston’s gracious deed comes hot on the heels of news that Taylor Swift surprised a fan by unexpectedly showing up at her bridal shower. We love hearing about celebs showing appreciation for their admirers.

Montana uploaded the video to Instagram to formally invite Maddie to prom. She, of course, accepted and not a moment too soon… their prom is this Saturday in Los Gatos, California.