Taylor Swift has always been appreciative of her fans. She took her appreciation one step further by surprising a fan at her bridal shower. 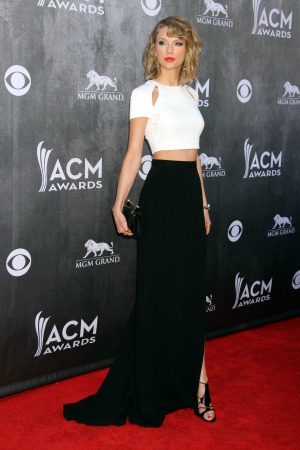 Taylor Swift might be the nicest celebrity in Hollywood. She made one of her fans’ dreams come true by showing up at her Columbus, Ohio, bridal shower on Sunday.

The entire event was captured on Gena Gabrielle’s Twitter and Instagram accounts as she shared photographs of their entire afternoon together.

The bride-to-be told The Today Show, “I had no idea it was going to happen. [Taylor] said she planned it with her management and her mom. She said it was all worth it because my face was priceless.”

The two gals have a bit of history together since they first met at a meet and greet back in 2007. According to Today, Swift crossed paths with Gabrielle again in September when the bridal shower was mentioned.

The photos showcase what a sweet and thoughtful person Swift is. She mingled with the guests and the groom-to-be. She made sure to pose for pictures and give out lots of hugs at the event.

Gabrielle captioned the photo with a quote from her idol, “This is my first bridal shower, and Gena’s last” @taylorswift

Are Taylor Swift’s parents too controlling? >>

Like every good guest, Swift also arrived with gifts, including a KitchenAid mixer with a handwritten recipe. The engaged fan wrote, “The cutest ?? @taylorswift thank you so much. I can’t express how much seeing you today means to me.”

It looks like the “Love Story” singer even stayed to watch Gabrielle open her gifts.

Gabrielle summed up the day to Today, “I will never forget she did this for me. She is truly an incredible, special person.”

Now, what will Swift do for her own wedding?