Christina Hendricks and her husband are conquering Hollywood. But just because they are a married couple doesn’t mean they want everything that normally goes along with it. 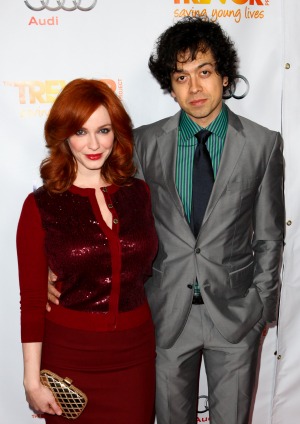 Christina Hendricks is often considered one of the most beautiful actresses in Hollywood, but don’t expect any mini-Christinas running around anytime soon. The Mad Men actress has revealed that she doesn’t agree with the social norm of becoming a mother, at least not in her own life.

“We’ve decided that we are not really interested in having children,” she told Health Magazine. “It seems like it’s expected that you’d want to have kids.”

Hendricks is credited with helping bring curvy back to Hollywood, and has been married to actor Geoffrey Arend for five years. The couple is juggling two successful careers (Arend stars on Body of Proof). She said people never understand when she says she doesn’t want to have kids.

“It’s just very normal for people to say, ‘Well, when you guys have kids…’ And then when I say, ‘Actually I don’t think we’re going to do that,’ people will say, ‘Oh, you say that now…'” Hendricks continued, according to Us Weekly. “It doesn’t bother me, though. And, you know, there’s a small chance I could change my mind.”

The couple is without children, but it doesn’t mean they don’t have their own family running around. She said, “We got a puppy, and that’s my idea of starting a family.”

Mad Men just premiered the first episode of their last season. Hendricks is currently starring in the final season and will soon appear in numerous films, including How to Catch a Monster alongside Ryan Gosling.