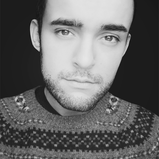 A buff, sun-kissed, spiky haired Zac Efron gave the world something to talk about last night. 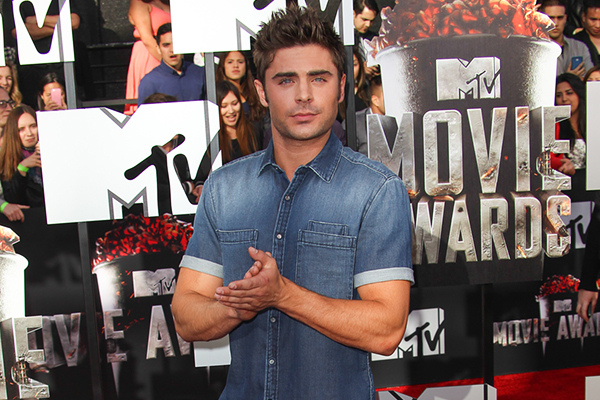 At the risk of outing myself as an eternal pessimist, news of a televised Zac Efron striptease didn’t exactly ring my dinner bell with excitement.

Last night during the 2014 MTV Movie Awards ceremony, the High School Musical actor was nominated for — and won — Best Shirtless Scene for his performance in That Awkward Moment. During his brief acceptance speech, presenter Rita Ora crept up behind him and tore off his conveniently snap-off denim shirt.

Underneath? A perfectly chiseled six-pack and a spray tan that couldn’t possibly have been more than three hours young.

Most of us plead guilty to corporeally enjoying crass eye candy, but the stunt in question shines light on a hugely problematic Hollywood dynamic. Why is it that when women take their clothes off at award shows, they’re instantaneously branded as lewd, inappropriate home-wrecking sluts?

In 2004, Janet Jackson headlined the Super Bowl XXXVIII halftime show, which featured a heavily choreographed routine with pop star Justin Timberlake. At the end of their risqué routine, Timberlake ripped a piece of fabric off of Jackson’s top, exposing her breast. The incident, often referred to as Nipplegate, resulted in immeasurable backlash and triggered the disintegration of Jackson’s professional life.

Jackson bore the weight of the blame while Timberlake weaseled out of accountability. Most media outlets blacklisted the “All For You” singer, and thus she was never able to rise from the pile of dust and rubble that consumed her career. Her last hit single, “Someone To Call My Lover,” was released in 2001. Meanwhile, the “Suit and Tie” singer has moved over 10 million albums worldwide and is currently headlining the 20/20 Experience World Tour.

A publicity stunt is a planned event designed to attract the public’s attention to the event’s organizers or their cause. In this case, Efron’s management more than likely hoped to boost his latest film’s sagging ticket sales. Motivations aside, if Zac Efron can vaunt his erect nipples on national television to revitalize his perishing career, why can’t a woman?

When asked, Rita Ora said that Efron’s chest was “warm, soft, tender — like a chicken’s thigh.”

Sexism is real, ladies and gentlemen.

51 mins ago
by Kay Snowden