Johnny Depp has found himself in a rather bizarre situation. The actor has been subpoenaed to testify in a murder trial against a woman who claims she was having a relationship with him. 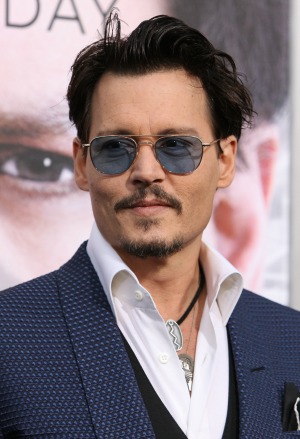 Things in Johnny Depp’s life have been going really well lately. His new film Transcendence is premiering at the moment, and he’s also very in love and happily engaged to Amber Heard.

However, there is another woman who thinks she has been involved in a relationship with Depp before his engagement to Heard, and the actor has now been subpoenaed to give evidence in a murder trial against this woman.

Los Angeles, California, limousine driver Nancy Lekon is accused of hitting a pedestrian, dragging her for a mile and killing her in downtown LA’s Skid Row in 2009. And since Lekon is due to stand trial in a month, her lawyer is requesting the help of Depp to prove his client is not guilty by reason of insanity.

Why has Depp been dragged into the middle of a murder trial?

Well, according to TMZ, at the time of the horrific incident and after Lekon’s arrest, she told police officers she was in a relationship with Depp and that she had been on her way to meet him for a little rendezvous at the time of the accident.

Johnny Depp gushes over Amber Heard: She’s “good for me” >>

The 50-year-old actor was apparently served with legal documents at the Transcendence premiere on Thursday in Hollywood because the public defender wants his help to testify he has never met Lekon before and that she is, in fact, delusional.

Everybody wants to be in a relationship with Depp, but it seems as though Lekon’s imagination has taken this story a little too far!