There has been much speculation as to whether Kate Middleton is pregnant once again with royal baby No. 2. So what caused this tabloid frenzy? 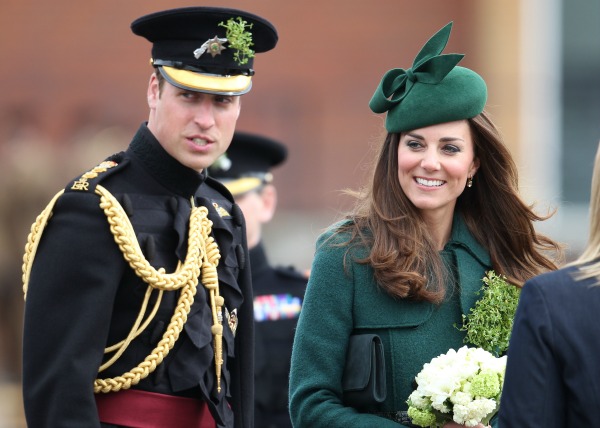 There has been rampant speculation as to whether Kate Middleton and Prince William could possibly be expecting their second child together. So what has caused this tabloid frenzy? Apparently, it was all because of a comment that Prince William made to a well-wisher during the couple’s royal tour in New Zealand.

According to Today, during a public walkabout in Dunedin, New Zealand, on Saturday, well-wisher Cynthia Read handed the Duke a handmade wool shawl for 8-month-old baby Prince George. Prince William responded by saying, “You might have to make another one soon.”

According to Us Weekly, this news excited Read, who told reporters, “The way William said it was like he was dropping a hint, letting me in on a secret.”

Of course, the whole world would love to welcome a new royal baby, but it appears Prince William may have been referring to his son’s rapid growth spurt and not hinting that his wife already had another bun in the oven.

And now the royal baby speculation has officially been debunked thanks to a trip the royal couple took to Otago Wines at the Amisfield winery in Queenstown, New Zealand, on Sunday.

According to Us Weekly, Middleton told the winemakers she was “really enjoying being able to drink again after having baby George.”

And a source close to the publication said, “Kate is not pregnant. They want a bigger family in the future, but she’s not pregnant right now.”