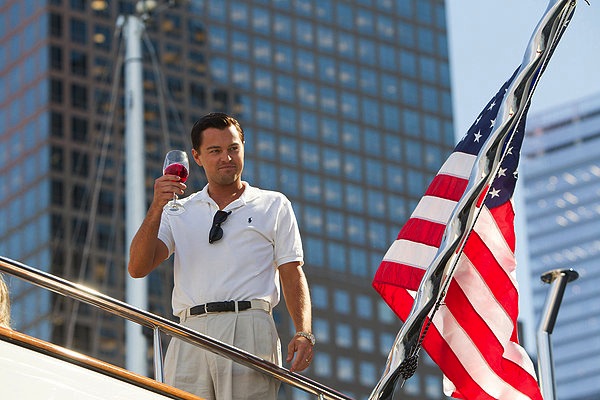 Congratulations to Josh Hutcherson for winning MTV’s Best Male Performance. We all know he killed it as Peeta Mellark in The Hunger Games: Catching Fire, but seriously? The “best” performance?

Leo DiCaprio can act circles around the young hunk, but perhaps that’s the problem. Leo just isn’t young anymore. Women swooned over the 6-foot-tall drink of water in Titanic, but that was a long time ago. At 39, he still looks amazing, but maybe the new MTV generation really wants actors to be fresh and vulnerable.

Leo was even snubbed for the Oscar this year for his greedy, sinful character Jordan Belfort in The Wolf of Wall Street. Apparently debauchery is bad for winning awards.

There was lots of love for Hutcherson on Twitter, however. Leo DiCaprio? Not so much. The #PoorLeo hashtag started after DiCaprio recently lost the Oscar and lives on tonight — in infamy — thanks to MTV:

So what should Leo do to get back in the audience’s favor? We don’t think losing 40 pounds, like Matthew McConnaughay or Jared Leto did for Dallas Buyers Club is a good option. Sure, it worked for them, but he’ll look like a copycat, unless he waits 10 years but by then he’ll be almost 50.

Gaining weight worked for Charlize Theron in Monster, but we don’t really want to see a chubby DiCaprio.

A lot of actors who wear prosthetics win awards. Take Nicole Kidman in The Hours. Somehow, Leo’s snub nose is so perfect, it seems a shame to alter it.

Here’s what we recommend for the aging “king of the world”: Leo, we want you to have some fun. Don’t take a role as a historical figure like Howard Hughes in Aviator or a bland wealthy dude like The Great Gatsby. Just make a movie that allows you to explore something new and exciting. Maybe do a comedy or silly fantasy flick.

Take that risk, and we think the awards will start to pour in.

The good news? The Wolf of Wall Street picked up the MTV #WTF award for the scene where Belfort is on quaaludes and tries to drive his Lamborghini. I think we can all agree it was an amazing scene.