Zac Efron won the Best Shirtless award, and for good reason. He fulfilled his promise to accept his award without a shirt. 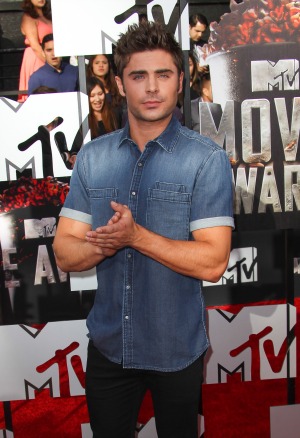 Zac Efron may have stolen the show at the 2014 MTV Movie Awards. Efron was up for the award for Best Shirtless Performance at the award show, and he kept his promise to take his shirt off if he won.

It all started because Efron had an unlikely admirer on the set of his new film, Neighbors. Seth Rogen said he was impressed by the fellow actor’s body.

He seemed mystified that Efron would work out before filming many scenes in the film. Efron agreed, and explained that sometimes you have to do what you have to do.

“It’s kind of embarrassing, but you do push-ups before a shirtless scene,” Efron said.

Rita Ora and Jessica Alba presented the award for Best Shirtless Performance, and Ora said whoever won should really grace the audience with their chest. After Efron won, he got up to the stage but didn’t look like he was going to take his shirt off. As he started to give his speech, Ora ran back out to “help” him unbutton. 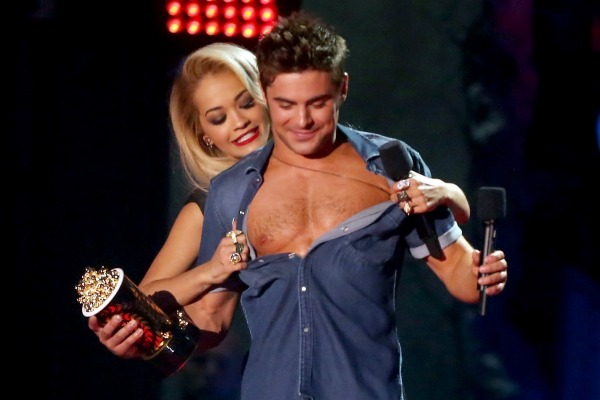 Efron’s speech was actually cut short because of the audience, but before they switched scenes, he was thanking “my fam…”

He then made sure to take the rest of his shirt off, and he seemed to keep it off for quite a while after. 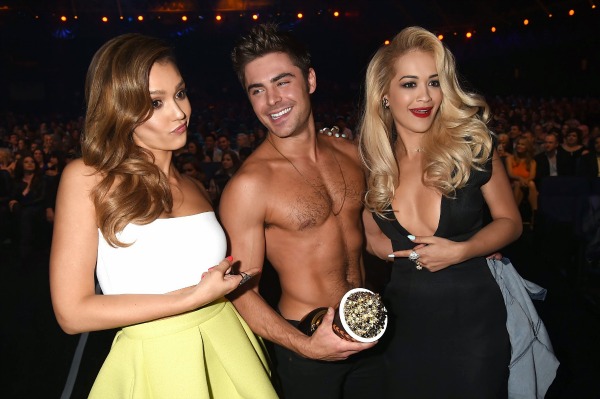 “So I jokingly tweeted, if I beat him I’ll accept it shirtless,” Efron told MTV after the tweet. “Now I have to. I’m a man of my word. If I win, I’ll do it.”