The red carpet at the 2014 MTV Movie Awards always brings some unique and edgy fashions. SheKnows picked our favorites — from simple to funky.

The stars were out in full force at the 2014 MTV Movie Awards. While the fashions are never as glamorous as the Oscars, they do rival the Grammys in terms of edginess and risk-taking. In other words, anything goes! Here are some of our favorite fashions that rocked the red carpet this year. 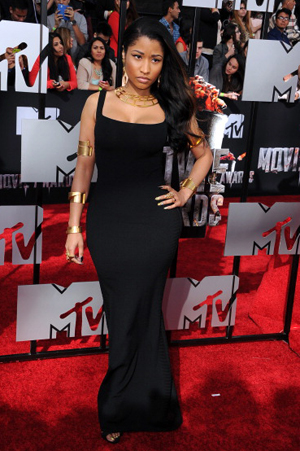 The “Super Bass” singer shocked everyone by going in the opposite direction of how she normally dresses. Instead of a colorful wig and an outlandish outfit, she looked soft and sexy in a simple Alexander McQueen black gown. Minaj accented the outfit with bold gold jewelry. 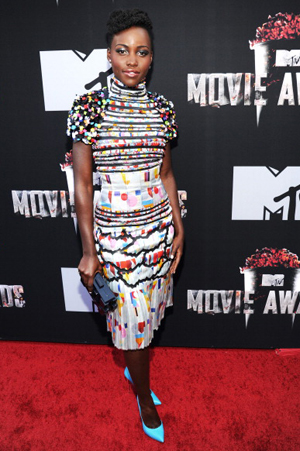 The Oscar winner always shows up in a colorful outfit, and this one did not disappoint. While it definitely was a bold choice, the dress was a rainbow of technicolor accented with electric-blue heels. She might be criticized for taking the risk, but the MTV Movie Awards are the place to do it. 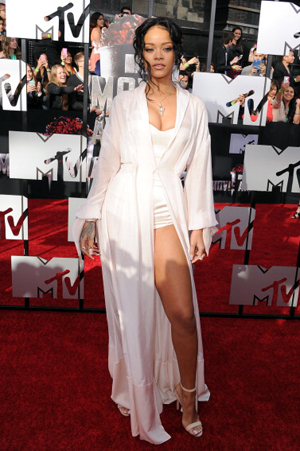 We are used to RiRi wearing something a little more rock and roll on the red carpet, so it was surprising to see her show up in something so soft and feminine. While some viewers thought she looked like she was wearing a sheer bathrobe, we thought it was the perfect outfit to demonstrate that blush is sexy, too. 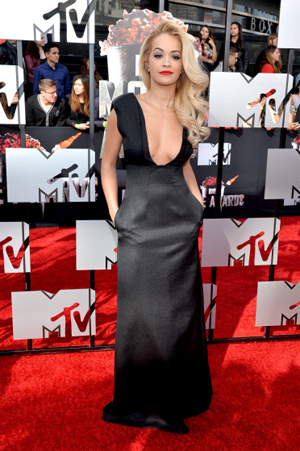 Ora wore a plunging neckline to accent her fit figure. The gown was designed by Barbara Casasola and it showcased her ample assets. Her blond locks were gorgeous and flowing in a modern Veronica Lake style. She sported a simple red lip to top off the look. 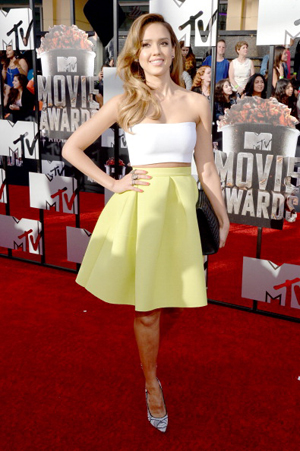 The mom of two looked incredibly on-trend and fresh in a white crop top paired with a citrus lemon skirt. Her makeup and hair weren’t fussy, so she looked breezy and ready for fun at the MTV Movie Awards. Just a hint of skin can be very sexy on the red carpet. 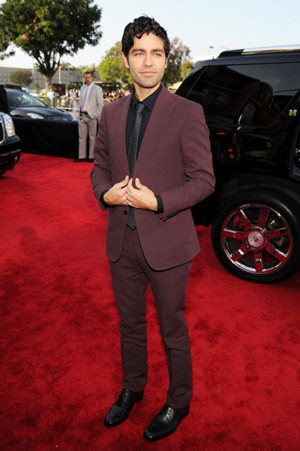 The Entourage star represented the men well by wearing a eggplant-colored suit matched with a black shirt and skinny tie by Zegna. While we are not sure that they complemented his wardrobe, Grenier added another splash of color with American Apparel socks. He tweeted that he was “keeping it real” by wearing his fun socks.

Who was your favorite for Best Dressed at the 2014 MTV Movie Awards?