Mila Kunis is glowing but hasn’t yet officially confirmed her baby news. Did her MTV Movie Awards dress give it away? 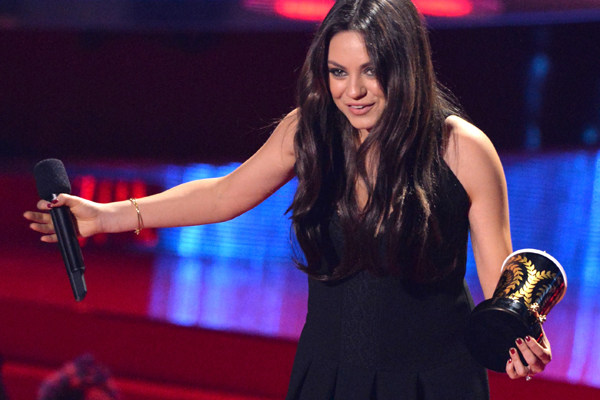 If the MTV Movie Awards were any indication, young Hollywood is growing up. The baby bumps on this year’s red carpet showed the glowing moms-to-be and their growing families.

Mila Kunis showed up as radiant as she always is. Kunis and fiancé Ashton Kutcher haven’t officially confirmed they are expecting a baby, but the actress wore a short black dress that looked like it was meant to hide something. 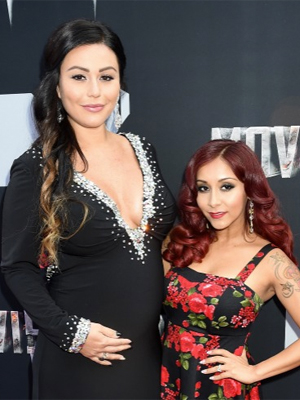 Although Kunis is likely only a few months along and may not have much of a baby bump, hers has been one of the most-watched bellies in the last couple of months. She has been great at wearing the perfect clothes and hiding any trace of a bump.

It didn’t seem that Kutcher was at the MTV Movie Awards to accompany his future wife.

BFFs Snooki and JWoww were both glowing with their very differently sized baby bumps. JWoww announced her pregnancy back in December, and Snooki confirmed hers only a few days ago. The friends even did a baby-bump bump on the red carpet.

Snooki posted a photo of the Jersey Shore friends earlier in the day on Instagram, showing their day out in Los Angeles and the caption “Hiking with my woman #preggobesties.”

The MTV Movie Awards feature a lot of talent in Hollywood, young and old, in both music and movies. The celebrities on hand for the award show were a good indication that the young stars are becoming adults, now helping usher in a whole new group of young stars.