The people closest to Kurt Cobain have been fighting for two decades, but they put their differences aside as Nirvana was inducted into the Rock and Roll Hall of Fame. 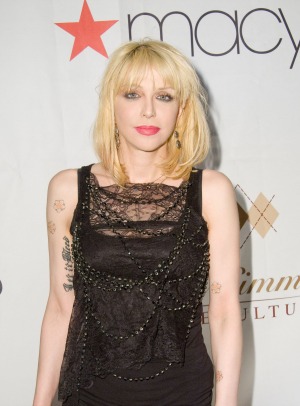 It has been 20 years since the death of Nirvana frontman Kurt Cobain — and just about the same amount of time since the surviving band members began feuding with Cobain’s widow Courtney Love.

But Love, Dave Grohl and Krist Novoselic seemed to put their differences aside on Thursday night, when Nirvana was inducted into the Rock and Roll Hall of Fame. The band was inducted in its first year of eligibility, according to Rolling Stone, and Courtney Love embraced Dave Grohl as they appeared on stage together.

“This is my family I’m looking at right now,” Love said. “I just wish Kurt could have been here. Tonight he would have really appreciated it.”

Kurt Cobain was found dead of a self-inflicted gunshot wound on April 5, 1994, leaving behind his band, wife and baby daughter. Courtney Love has been fighting with Grohl and Novoselic over the partnership formed to manage Nirvana’s affairs, Nirvana, LLC, even filing numerous lawsuits over the issue. At one point, she even said she should be in charge of the band’s affairs because “Kurt Cobain was Nirvana.”

How Kurt Cobain and Nirvana were nominated for a Grammy >>

Courtney Love sold some of Nirvana’s publishing rights in 2006, which further escalated the feud. When Cobain’s likeness appeared in a video game, Love blamed Grohl for it. But according to Rolling Stone, the company said the rights were granted by Cobain’s estate, which is managed by Courtney Love.

Love later posted a photo of the embrace on Twitter.

Although their differences may not be settled, for one night, it felt like everything was OK once again.