It’s a celebratory weekend for Mike Myers and his wife Kelly Tisdale, who welcomed their second child into the world on Friday. 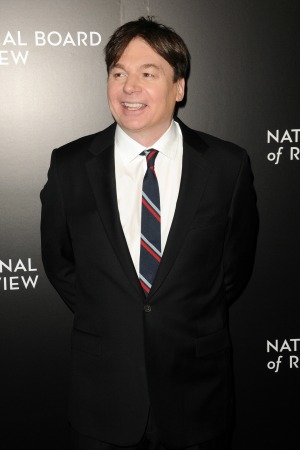 Mike Myers is one proud papa this weekend. On Friday, the Shrek actor and his wife, Kelly Tisdale, welcomed their second child to the world.

The couple named their baby girl Sunday Molly. She joins big brother Spike, who was born in September 2011.

Their rep confirmed the joyous news to Us Weekly and shared, “We couldn’t be happier.”

The couple began dating in 2006 and then secretly wed in the fall of 2010. They managed to keep the news of their marriage out of the press for five months before they spilled the beans.

The notoriously private couple announced their second pregnancy to People back in October with a very simple “We are thrilled.”

However, family and parenthood have been extremely important to the Austin Powers star. He was very close with his dad growing up and he explained to Deadline what it meant to him.

He said, “Anyone who tells you fatherhood is the greatest thing that can happen to you, they are understating it. I am the happiest I have ever been in my life.”

Myers then added, “I knew I wanted to be a father. I didn’t know it was going to be this awesome or that my kid would come out so beautiful and lovely… I had a great dad and always wanted to have the experience, and I’m having it now.”

Welcome to the world, baby Sunday!