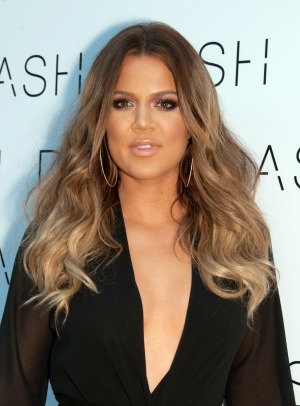 It looks like Khloé Kardashian is finally over her estranged husband, Lamar Odom. The reality star is icing the athlete out of her life.

According to Radar Online, Odom has been “blowing up her phone” with “desperate calls.” However, she’s been standing her ground after months and months of drug and cheating allegations.

VIDEO: The Kardashians can’t help you do your makeup >>

The gossip site’s source revealed that “she’s been refusing to take his calls lately.”

Kardashian’s strength is not the only sign of her moving on. Her canoodling with rapper French Montana has the paparazzi ready with their lenses. This budding relationship might also be driving Odom crazy. He doesn’t want to see his ex-wife with another man.

The insider continued, “Khloé is out in public with new guys all over them and it is killing Lamar. Yeah, he was totally with other women [first], but he doesn’t want Khloé to shove it in his face that she is moving on. Lamar is jealous and gets mad when she refuses to talk to him.”

Kardashian tried for months to make their relationship work and get Odom the help he needed, but the former Clippers player is finally realizing their marriage is officially over.

“Lamar has been telling people that they don’t have to waste any more time with each other,” the source said. “He wanted to get back with her, he’s been blowing up her phone lately, but since she wants nothing to do with him, he’s saying he’s done with her too. He’s making a lot of desperate calls.”

While their divorce has not been finalized, both parties are on different paths in life. There is no reconciliation for Kardashian and Odom.